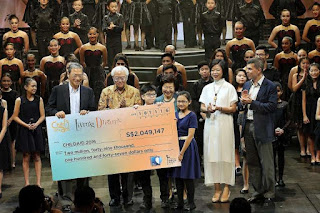 More than 150 young performers took their talents to the stage and helped raise more than $2 million at the annual ChildAid children's charity concert.

By the end of the concert, which also runs tonight, $2,049,147 had been raised for The Straits Times School Pocket Money Fund, which helps needy students pay for transport and meals, and The Business Times Budding Artists Fund, which supports arts training for financially disadvantaged students.

1 in 10 stroke patients in Singapore aged under 50 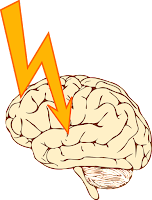 One in 10 stroke patients in Singapore is under 50 years old.

The latest figures from the National Registry of Disease Office show that there were 6,943 cases of strokes in 2014, up from 6,642 the previous year.

They are the fourth most common cause of death in Singapore, and tend to occur among men.


Last Saturday, Singaporean businesswoman Linda Koh was found unconscious in her Hong Kong hotel room. The 36-year-old died in hospital where they found that she had suffered a stroke. She had been suffering from high blood pressure and was on medication.

Why statins DO work: Cholesterol-lowering drugs cut the risk of a heart attack by 36%

Those with high blood pressure and cholesterol who took the daily pills were 31 per cent less likely to die from cardiovascular disease.

While they were also 14 per cent less likely to die early from any other causes if they took the drugs daily, a US study found.

Unless you are having extremely bad side-effects, taking statins with some manageable side-effects are better than dying early.