Health tips: How to beat breast and prostate cancers

Two studies published in 1999 found that a high level of omega-3 fats in the body was associated with a reduced risk. 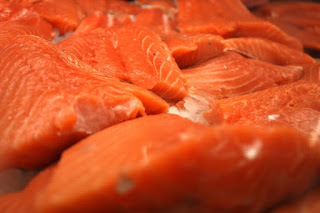 This association is strengthened by research which found that men eating moderate or high amounts of oily fish were up to three times less likely to develop prostate cancer compared to those who ate none.

How to reduce cancer risk

What will increase risk of cancer

by JANE PLANT, a scientist

I had so many gruelling operations - a mastectomy, 12 sessions of chemotherapy and 35 radiotherapy treatments, and despite everything, I was still left with a lump the size of half a boiled egg sticking out of my neck.

It was a secondary cancer, since the disease had reached my lymph system, and I was absolutely fed up. I just had a session of chemotherapy which had had no effect on this latest large lump.

My husband Peter is also a scientist - he is a mineralogist and gemologist - and he had recently come back from a trip to China. We were musing on why so few Chinese women get breast cancer - their incidence of the disease is one in 100,000 - and what was different about their way of life, and it suddenly struck me that they just did not have any dairy products in their diet.

I eliminated all dairy produce from my diet immediately - I had been eating organic yoghurt to help my digestive tract recover from the chemotherapy, but I also threw out anything containing milk products, from biscuits to soups and even some forms of margarine. Within days, the lump began to itch, then to soften and shrink, until, after six weeks, it had vanished altogether.

Why dairy produce is bad for cancer?
Dairy products do not initiate cancer, rather they promote it because they contain a number of substances called growth factors.

Both breasts and prostate have receptors for growth factors, which cause cells to divide and reproduce. It seems that if you have a damaged cell, these growth factors will select these damaged cells, and cause them to grow out of all control.


So, how to beat cancer?