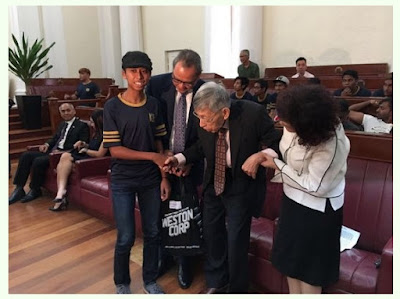 Chiam See Tong Foundation was officially launched by the former Member of Parliament (MP) for Potong Pasir on Thursday at Old Parliament House.

To be run by two full-time staff,local swimming icon Ang Peng Siong and Singapore Swimming Association (SSA) vice-president Jose Raymond, the foundation aims to help disadvantaged children realise their sporting dreams. It is set to benefit at least 100 children in its first year.

The foundation has already raised about S$70,000 from donations by the Chiams and members of the board, and aims to raise at least S$1 million in its first year through fund-raising initiatives and events such as a Swimathon and a fundraising dinner.