Mixing medicines and supplements could be harmful 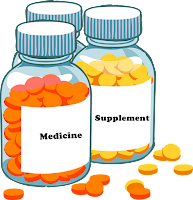 An example is omega-3 fish oil, which is often marketed as heart-healthy, but could spell trouble for people on the blood thinner warfarin, a medication commonly used to prevent heart attacks, stroke and blood clots.

Warfarin is one of the most notorious medications known to interact with various supplements. It can interact with supplements such as omega-3 fish oils, ginkgo biloba, Vitamin K and St John’s Wort, leading to a potential risk of bleeding or clotting.

Other examples of dangerous medication-supplement interaction include calcium and iron supplements, which can lower absorption of certain antibiotics and potentially cause treatment of an infection to fail.