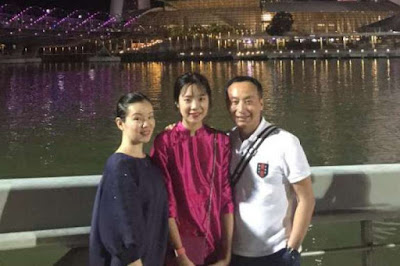 The couple who returned 65,700 yuan (S$13,400) to a money changer at People's Park Complex were in Singapore to visit their daughter during the school holidays.

Mr Zhang and his wife, both 46, had returned an extra S$13,400 to Crante Money Changer after a money changer mistakenly keyed in the wrong figure last Saturday (June 3).