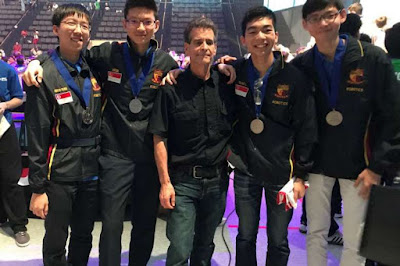 A team of four teenagers from Singapore's Anglo-Chinese School (Independent) have won a silver medal at the First Global Challenge Robot Olympics in Washington DC.

The team finished second, behind Finland and ahead of India, in the Challenge category for the most match points.

The ACS (I) team was among the top six teams representing nearly 160 countries in a global competition run by First, an organisation founded by inventor Dean Kamen, who is best known for inventing the self-balancing scooter Segway.