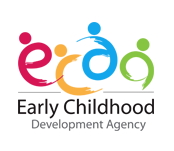 Pilot scheme KidStart, which aims to level the playing field for disadvantaged children, will be made permanent in a bid by the Government to break the cycle of poverty in Singapore.

It is among a series of moves the authorities want to make to intervene earlier to prevent social problems such as inequality and family dysfunction from becoming entrenched, Social and Family Development Minister Tan Chuan-Jin told The Straits Times last week.

The Government is also stepping in earlier to help workers and families who are showing signs of financial struggle yet would not usually qualify for ComCare aid.

Mr Tan said he wants to expand it beyond the five locations (Kreta Ayer, Bukit Merah, Taman Jurong, Boon Lay and Geylang Serai) where it is now in place even before the pilot ends, depending on resources available.