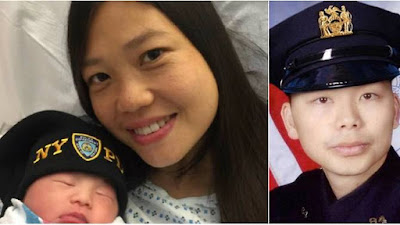 New York police detective WenJian Liu was ambushed and killed two and a half years ago in a murder that shocked the city. This week, his widow gave birth to his baby daughter.

Angelina was born Tuesday at Weill Cornell Hospital. Her mother, Sanny Liu, asked doctors to freeze her husband's sperm the night he died so that she could one day fulfil their dream of having children.

The night after his death, Sanny dreamt that he handed her a baby girl, police said. She got pregnant through in-vitro fertilization.