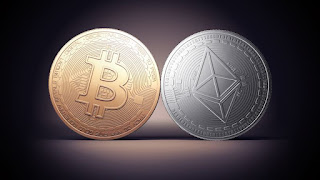 The World’s Universal Computer
The Ethereum Virtual Machine (EVM) is a universal computer that gives developers the ability to operate and deploy nearly any type of application over the Ethereum network. The EVM decentralizes program operations in a transparent and secure blockchain network.

Imagine the internet as a series of nodes connected in the structure of a web. In this scenario, a server is a central node that many other smaller nodes (say, desktop PCs) connect to, such as an e-mail server or cloud server. All computing works have to be done on the server, hence it must be a powerful computer.

By decentralizing and distributing information in identical, cryptographically secured blocks across its entire network of smaller nodes or computers, Ethereum has no need of a physical server. For this reason, many are calling Ethereum the Web 3.0.

Right now, Ethereum runs a PoW algorithm which is not that efficient, but the development team has promised to move to a Proof of Stake (PoS) algorithm in the future, likely next year.

Despite some hurdles, Ethereum has already had a profound real-world effect. Using the Ethereum blockchain, the United Nations successfully authenticated food aid vouchers for 10,000 Syrian refugees and now plans to expand the project to include 100,000 refugees by August.


2) Ether
There are a few hundred types of digital currency, the most famous is of course Bitcoin.

Ether is the currency used in Ethereum network. It is a form of payment made by the clients of the platform to the machines executing the requested operations.

A fixed number of Ethers were created during the presale as follows:


3) How do I mine Ether?
The Ethereum network is kept running by computers all over the world. In order to reward the computational costs of both processing the contracts and securing the network, there is a reward that is given to the computer that was able to create the latest block on the chain. Every 12 seconds, on average, a new block is added to the blockchain with the latest transactions processed by the network and the computer that generated this block will be awarded 5 ether. Due to the nature of the algorithm for block generation, this process (generating a proof of work) is guaranteed to be random and rewards are given in proportion to the computational power of each machine.

This process is usually called mining in the cryptocurrency lingo.


4) Bitcoin and Ether
Ethereum uses similar blockchain technology to Bitcoin, but its platform is Turing-complete, which is why it's also called a "programmable blockchain." This means that much more advanced functionality and applications can be developed on top of it, including other cryptocurrencies.

Bitcoin, on the other hand, has only one function, which is to facilitate peer-to-peer transactions as a digital currency. Although Bitcoin was the first to harness the power of blockchain technology, its limited scope in terms of function and purpose has created scaling issues for the eight-year-old currency.

Currently, in US and Europe, there is a shortage of high-end AMD and Nvidia graphics cards due to mining of digital currencies.

Word of Caution:
PoW systems are incredibly inefficient and require substantial amounts of power. Many in the cryptocoin communities believe that PoS is a far more sustainable and environmentally friendly way of rewarding investors and owners. The PoS model would still pay participants a share of Ether, but it would be a percentage of the transaction rather than fresh currency. It is somewhat like a dividend payment on a stock investment.

The good news is that even if Ethereum switches to PoS, there are plenty of other cryptocurrencies you can mine. Bear in mind that digital currencies trading is very volatile.

You may want to read
1) All about Bitcoin, the mysterious digital currency
2) If you bought $5 worth of Bitcoin 7 years ago, you could be a millionaire now
3) Cryptocurrency investing
4) What is Bitcoin cryptocurrency?