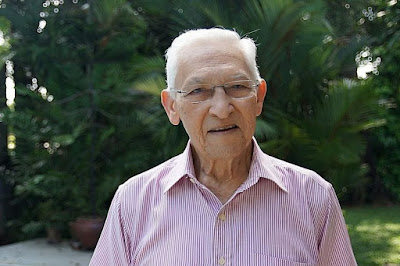 The horrifying accounts of the aftermath of atomic bomb on Hiroshima deeply affected Dr Ronald McCoy when he was a young medical student in post-war Malaya. He felt helpless over how to prevent such utter devastation from occurring again.

"I didn't think there was anything I could do about it," Dr McCoy told The Straits Times.

Dr McCoy joined IPPNW, the International Physicians for the Prevention of Nuclear War many years later. Years of campaigning to eradicate nuclear weapons led the retired obstetrician to found the International Campaign to Abolish Nuclear Weapons (Ican) 10 years ago.

On Oct 6, 2017, Ican won the Nobel Peace Prize, after the United Nations announced in July that 122 countries had signed on to adopt a total ban on nuclear weapons.