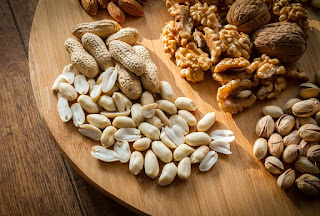 People who regularly snack on a variety of nuts may face a lower risk of heart disease than those who donot, said the largest study of its kind, which was released this week.

Eating five weekly servings of walnuts, peanuts or other kinds of tree nuts was linked to a 14% lower risk of cardiovascular disease, and a 20% lower risk of fatal complications due to hardened arteries, said the report released on Monday in the Journal Of The American College Of Cardiology.

Walnuts appeared to be the healthiest option, according to the findings, based on more than 210,000 people who answered regular surveys as part of a nurses' study that spanned 32 years.

However, because it was an observational study based on self-reported questionnaire responses, it was unable to prove cause and effect.