Forum: Unfair to blame the elderly for breaking traffic rules

The number of deaths and fatal traffic accidents dropped last year, compared with 2015, but there was a rise in the number of elderly pedestrians dying in accidents ("Traffic death rate drops to lowest since 1981; Feb 16).

Often, blame is levelled at the elderly and the disabled for not following the traffic rules when crossing the road.

But is this fair?

Many roads hardly have spots where they can cross easily and safely.

There may be overhead bridges, but are they user-friendly? Many of them are difficult to climb, as they are built to cater for cars and buses rather than pedestrians.

We used to have zebra crossings, but many of them seem to have been removed, as they slow down traffic flow.

I hope the authorities will retain zebra crossings in housing estates, so that it is easier and safer for vulnerable pedestrians to cross the road.

Overhead bridges may be kept to the city area, and come with escalators.

It would help if more dialogues were held between road users.

My 2 cents:
Lifts should be built at overhead bridges wherever possible. If not, then ramp should be built. Not only can ramp help the handicapped, it is also easier for the seniors to use ramp than steps.
No comments: 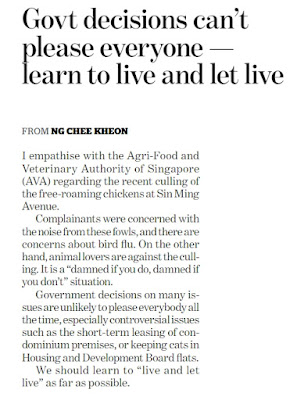 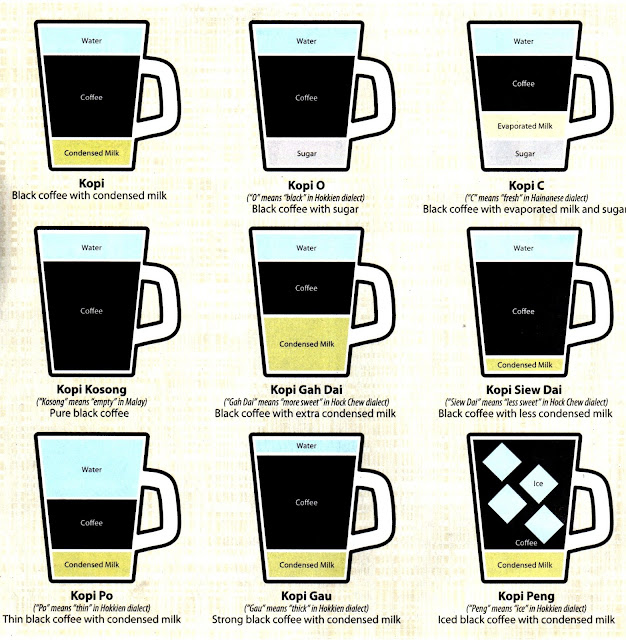 Replace kopi with teh if you are ordering tea instead of coffee
No comments: