Togolese striker, Francis Kone, who plays for Slovacko in the Czech First League, acted quickly after opposition goalkeeper Martin Berkovec began to choke on his own tongue, having been knocked out during a collision with another Slovacko player.

Assessing the danger immediately, Kone put his hand in the goalkeeper's mouth to unblock his throat and prevent him for suffocating.

Lesson learnt here: It is good to learn something about first aid, because you might just save someone.
No comments:


Other demo videos by Master HongChi Xiao on paida and lajin:

Note: Lajin can also be done on the floor as shown below. 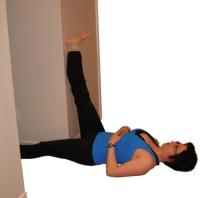