A photo of a mother breastfeeding her daughter on an MRT train has been making the rounds on the Internet (Breastfeeding in public is normal, says mother who nursed her daughter without a cover on a train; ST Online, March 16).

I am a strong supporter of mothers breastfeeding in public without feeling the need to cover up. To take that away is to inhibit mothers who want to do right by their children.

Bare breasts are increasingly becoming a common sight, whether it be in a fashion show or a movie. Yet people are still uncomfortable when they see a mother breastfeeding her child.

I am disturbed that someone secretly photographed the scene and posted it on the Internet. This shows a complete lack of respect for a woman and her duty as a mother.

It seems like it was intended to shame the mother just because she did not conform to an ideal of how breastfeeding should be done in public.

This is a form of cyber-bullying, and we should discourage it.

I am glad that this mother is willing to put her child's happiness first.

I hope this incident does not deter mothers from breastfeeding their children in public.

Years of intense exercise tied to dip in male libido 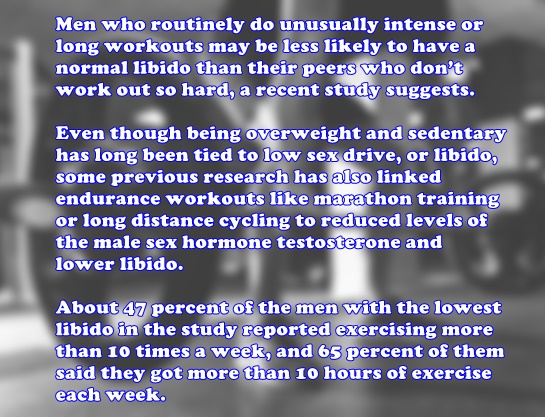