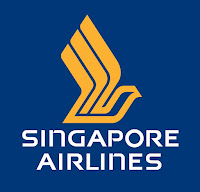 Singapore Airlines (SIA) has warned that scammers pretending to be its employees are calling and emailing members of the public to phish for personal information.

Recipients of the emails and calls are told that they have won air tickets and are asked for their personal data, SIA said in a Facebook post.

It advised members of the public to exercise discretion when revealing personal data to unverified sources.

Read more at http://www.channelnewsasia.com/news/singapore/singapore-airlines-warns-of-phishing-scam-offering-free-air-8882060
No comments:

A laser treatment developed here for glaucoma patients has proven more effective while causing less pain and side effects, according to data from the National University Hospital (NUH). 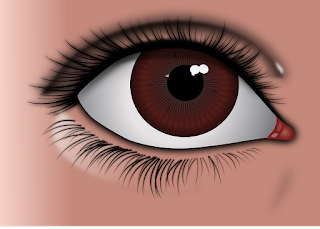 Within 12 months, 75 per cent of patients who underwent MPTCP had their eye pressure reduced, compared with 20 per cent for the conventional treatment, according to figures NUH released yesterday.

While 30 to 40 per cent of patients who undergo TCP suffer side effects such as inflammation and shrinkage of the eye, there were almost no side effects reported by patients who received the new treatment. It takes 100 seconds to complete, half the time needed for conventional laser treatment.

Glaucoma results in gradual loss of one's vision and can lead to blindness. It is caused by improper drainage of fluid from the eye, causing increasing eye pressure that damages the optic nerve.

While glaucoma is incurable, it can be delayed through eye drops and oral medication. In advanced stages of glaucoma, laser treatment is recommended only after invasive surgery fails to reduce eye pressure.

Three per cent of Singapore residents aged 50 and above have glaucoma, rising to 10 per cent for those aged 70 and above.

1) Eat food that may help your eyes:

Researchers from the National University of Singapore (NUS) have developed a novel handheld device for the treatment of a common ear complaint that could significantly improve current surgical methods.

The researchers said the device, known as CLiKX, is the first of its kind and can shave hours off the previous method, as well as cut up to two-thirds of the cost, based on a ballpark figure of $2,000 to $3,000 for an unsubsidised patient.

The condition, known as Otitis Media with Effusion (OME), also known as "glue ear", affects up to 709 million people worldwide annually. Nine out of 10 are children and in Singapore, about 84,000 children a year suffer from it, said the researchers.

CLiKX is used to make a microincision in the patient's eardrum to insert a tube that drains the fluid. It takes seconds, compared with the previous surgical method, which is done in an operating theatre and takes between six and eight hours as the patient has to be under general anaesthesia.

'Avocado hand’ is a term for knife injuries received while trying to remove the fruit's slippy stone. 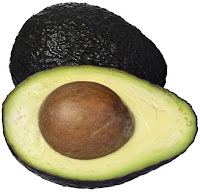 The problem with the avocado is the slipperiness of its large stone. There is this idea that you need to smack into the stone to remove it, but the knife can slip straight into the hand.

Because avocado flesh is so soft people don’t use sharp knives. But they do use masses of force to slam into the stone, and these injuries can be very serious.