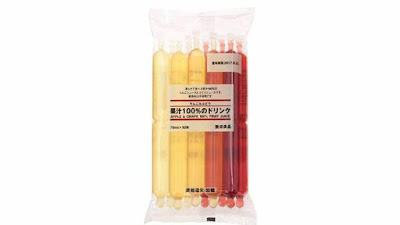 Japanese lifestyle chain Muji has voluntarily recalled its Apple & Grape Fruit Juice product after mould was found in some of them, the Agri-Food and Veterinary Authority of Singapore (AVA) said on Thursday (Jun 1).

In a media release, AVA said the recall has been completed and urged consumers who have purchased the product not to drink it.

They can take the item to a Muji outlet, or contact Muji's customer service division at 6346 4123 for a refund.

Read more at http://www.channelnewsasia.com/news/singapore/muji-recalls-fruit-juice-due-to-mould-ava-8903746
No comments:


In a devastating display of what can happen when a fresh tattoo becomes exposed, a man has died fighting an infection after taking a swim in the ocean with newly acquired ink.

The 31-year-old man fell victim to a flesh eating bacteria that festered inches deep into his calf where a tattoo of a cross had been placed.

The incident serves as a chilling reminder to pay attention to tattoo guidelines should you ever decide to receive the body art.

According to these guidelines, you are supposed to wait at least two weeks before swimming in the pool or ocean to allow the wound to heal. Any time before that the tattooed area is highly vulnerable to some serious infections.


Executives from international property developer Lendlease and community leaders became “chefs” for a while on Thursday (June 1), during a cook-out at Paya Lebar Quarter.

They were preparing food and serving migrant workers as a gesture of thanks for their hard work, before joining them at the communal iftar dinner where Muslims observing the holy month of Ramadan break fast at dusk.

This was the second consecutive large-scale gathering organised by Lendlease during Ramadan, and gado-gado — a popular Indonesian salad — was prepared for Muslim workers, who make up 50 per cent of its 1,200-strong workforce. A similar one was held last year where food was catered for the workers. 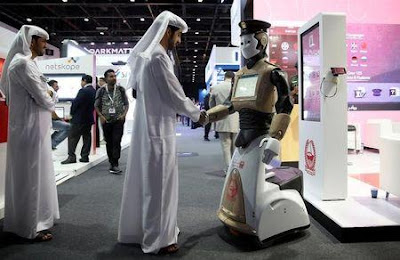 A robotic policeman which can help identify wanted criminals and collect evidence has joined Dubai's police force and will patrol busy areas in the city, as part of a government programme aimed at replacing some human crime-fighters with machines.

If the "Robocop" experiment is successful, Dubai Police says it wants the unarmed robots to make up 25 percent of its patrolling force by 2030.

"These kind of robots can work 24/7. They won't ask you for leave, sick leave or maternity leave. It can work around the clock," said Brigadier Khalid Nasser Al Razooqi, director general of the Smart Services Department at Dubai Police.