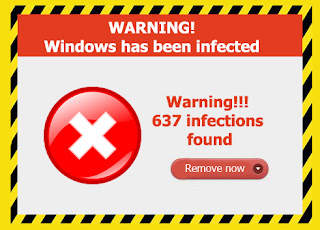 More than 20 police reports have been made about an online scam that tricks victims into providing their credit or debit card information to buy software for a fake virus infection on their computers.

The scam involves pop-up messages telling people that their computers had been infected with a virus, or that their passwords or information might have been leaked, said police in a news release on Sunday (Jun 4).

The scammers told the victims that they needed to buy "anti-virus software" to fix their computer, and asked for the victims’ personal particulars and credit or debit card details.

The scammers then made unauthorised transactions using the card details.


Read more at http://www.channelnewsasia.com/news/singapore/more-than-20-reports-lodged-over-fake-virus-software-scam-say-8911054
No comments: 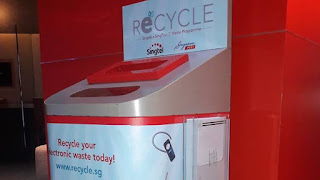 Members of the public can dispose of their e-waste at the bins placed at selected Singtel shops, Singtel retailers and SingPost outlets. They can also collect special envelopes from Singtel or SingPost and mail in their recyclables.

More information on the ReCYCLE programme can be found at http://www.recycle.sg.

Read more at http://www.channelnewsasia.com/news/singapore/singtel-singpost-launch-e-waste-recycling-programme-8912778
No comments:

To mark World Environment Day on Monday (Jun 5), more than 1,600 students and staff members from Temasek Polytechnic, together with Mediacorp staff volunteers, teamed up to clean 6km of the East Coast Park beach on May 24. 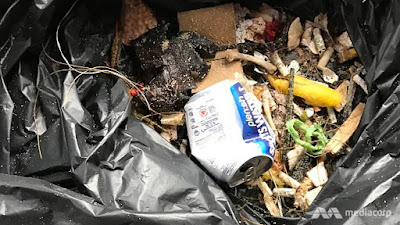 This was the largest beach cleanup organised by Mediacorp. Cigarette butts, food wrappers, plastic bottles and Styrofoam containers were some of the marine litter collected.

Read more at http://www.channelnewsasia.com/news/singapore/1-600-volunteers-clear-trash-at-east-coast-park-to-mark-world-8912458
No comments:

Dr Fred Kummerow, a scientist who fought the food industry and prevailing medical practices for decades until his early warnings about the dangers of trans fats were finally vindicated, has died at his home in Urbana, Illinois. He was 102.

Dr Kummerow, who maintained a research laboratory until he was 101, was a biochemist who specialised in the study of lipids, or compounds containing fats. He also had an interest in the study of nutrition.
No comments: Close to 600 families received cash and vouchers worth over S$200,000 at the Muslim Converts’ Association of Singapore’s Ramadan Zakat Disbursement ceremony yesterday. The 575 recipients included the low-income, the elderly and those with chronic diseases.

For the first time in the association’s annual drive, which began more than 20 years ago, beneficiaries also received sponsored items from corporate donors, such as Zac Butchery and Al-Wadi Restaurant, as well as actor Suhaimi Yusof. The items included turkey ham, dates and tea.

"Today’s event reminds us of the strong spirit of charity and unity among Singaporean Muslims. This innate sense to help one another is not only nurtured in Islam; it has always been part of the values upon which the Singaporean community builds itself," said guest of honour, Speaker of Parliament and Member of Parliament (Marsiling-Yew Tee) Halimah Yacob. 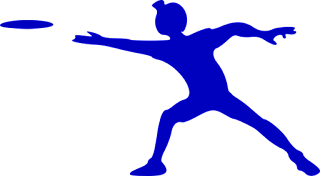 Flying disc, or frishee, has been added to the sports academies managed by Sport Singapore (SportSG) to grow the community with the launch of the ActiveSG Flying Disc Club.

Launched by ActiveSG in collaboration with Ultimate Players Association (Singapore) or UPA(S), it will hold weekly sessions for members of the public at various locations around Singapore. It will also organise clinics for school students.