NS50 vouchers - National servicemen to receive $100 vouchers from May

National servicemen to get free travel on June 30, 2017

Stamps to mark 50 years of National Service launched in March 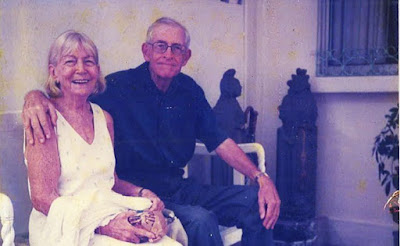 Jo and Gerry Essery always had a heart for animals and people, especially the sick and needy.

When they passed on, they left behind $6 million to be distributed equally to three Singapore charities, namely the Assisi Hospice, National Kidney Foundation (NKF) and the Society for the Prevention of Cruelty to Animals (SPCA).

NKF will be using its share of the money – $2 million – to build a new dialysis centre in Marsiling, which will feature 22 dialysis stations and serve up to 132 kidney patients who live or work in the area.

SPCA has used $300,000 of its amount received on its new building fund and for sponsorship of an open-air education pavilion, which has been named the “Essery Education Pavilion” in honour of the couple.

Assisi Hospice will use its share of the money to help its needy patients. Its renamed “Essery Hall” will also be utilised for various activities such as staff clinical training, tasks and seminars.

Vaccines delivered via a painless, throwaway patch could one day eliminate the need for needle-and-syringe flu injections, researchers said yesterday after completing a preliminary trial.

In Phase 1 clinical trials, all the active flu vaccines worked equally well for at least six months, regardless of whether they were delivered by professionals or the patient, or whether they were administered by a syringe or a micro-needle.

Sports: Compressionwear 'does not help'


The sale of sexy, slick compression garments across the webpages of Adidas, Under Armour, Asics and more is almost ubiquitously associated with phrases such as "increase muscle power", "go further and faster" and "optimise performance".

However, a recent study funded by Nike found no such benefits.

Putting 20 experienced runners on a treadmill for 30 minutes at 80% of their maximum effort, while completing a series of fatigue tests before and afterwards, they found no difference in the levels of fatigue between those wearing compression garments and those wearing normal shorts.

But the good thing in wearing compressionwear is to showcase the toned body of the athletes.

You may want to read Beetroot able to improve athletes' performances
No comments:

Fights against terrorist attacks on pedestrians and Ransomware

1) Anti-terror barriers go up in Australia