Went for the NDP 2017 preview at the floating platform. What a show! If you have tickets for the actual day NDP parade or any preview show, you MUST go. But be prepared for the thunderous noises from aircraft,  bombs, rifle firing, etc.

Here are some of the highlights of the preview. Actual NDP performance WILL be different.

Singaporean athletes in the news

1) Soccer
Ben Davis, 16-year-old, took a huge step towards realising his ambition, by officially signing for English side Fulham FC on a two-year scholarship.

Yapp stuns world No. 3 Ko Pin-yi of Taiwan in the final.


3) Cycling
By the time many of us wake up for a lazy breakfast on Sunday mornings, the Wong brothers would have completed their 76 km ride.

The four cycling enthusiasts meet up near their homes in Tiong Bahru estate just after 5am, before embarking on a ride to Changi Village and back.


4) ST Run
Carrying Merrily, who weighs 17kg, has become a responsibility that Melody and her mother Joycelyn Pang frequently shoulder out of love. Merrily is weakened by a rare incurable condition called Henoch- Schonlein purpura, an inflammation of the blood vessels. Photo: ST 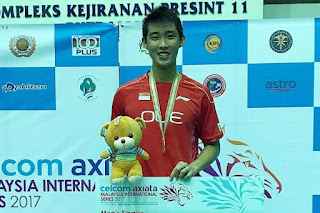 Unseeded Singapore shuttler Loh Kean Yew surprised many, including himself, as he claimed the Malaysia International Series title in Putrajaya.
No comments:

Bilingual infants are able to learn a third language more easily, a study by National University of Singapore (NUS) researchers has found.

They are able to differentiate between words from an unknown foreign language, unlike their monolingual counterparts.

"That suggests that the window on further language acquisition had started to close on monolingual children but was very much open for the bilingual children," said Associate Professor Leher Singh from the NUS department of psychology.


The emergency response team of the Migrant Workers' Centre answers calls for help from foreign workers involved in emergencies such as fires, worksite accidents or salary disputes, whatever the time.

When an emergency happens, a group of three to five members is sent to the incident site or hospital to talk to workers and ensure employers follow up with proper documentation or compensation.

The team usually handles about five big cases a month and are notified via their hotline, social media or the news, said the centre's operations specialist Ishrat Khan.

Orange a day cuts the risk of dementia by a quarter 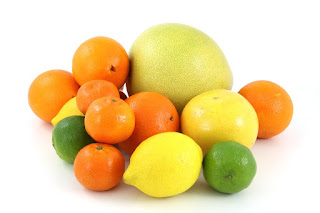 Eating an orange a day could slash the risk of dementia, a major study shows.

Daily intake of any citrus fruits such as oranges, grapefruits, lemons or limes can cut the chances of developing the incurable brain condition by almost a quarter, it suggests.

The findings, by a team of scientists at Tohoku University in Japan, suggest that tangy fruits could be a powerful weapon against a disease that is emerging as a modern day epidemic.