In breakthrough, scientists edit a dangerous mutation from genes in human embryos


Scientists for the first time have successfully edited genes in human embryos to repair a common and serious disease-causing mutation, producing apparently healthy embryos, according to a study published.

The research marks a major milestone and, while a long way from clinical use, it raises the prospect that gene editing may one day protect babies from a variety of hereditary conditions.

But the achievement is also an example of human genetic engineering, once feared and unthinkable, and is sure to renew ethical concerns that some might try to design babies with certain traits, like greater intelligence or athleticism.

In 2015, UK became the first country to approve laws to allow the creation of babies from three people.

The aim of this modified IVF is to combine healthy cells of a donor woman with DNA of the two parents. Basically, it is just like the above edited genes, the aim is to produce defect-free babies.

You may want to read Gene Editing for ‘Designer Babies’?
No comments:

Adelia Naomi Yokoyama, 18, and Kimberly Quek, 17, clinched two medals in bowling at the 2017 Deaflympics held in Samsun, Turkey - the first since the Republic began participating in the Deaflympics in 2001.

They beat powerhouses South Korea and Russia in the Women’s Master event, with Naomi clinching gold and Kimberly, the bronze.

Adelia is the sister of Singapore national sailors Elisa Yukie and Natasha.

Walking and biking tied to lower risk hospitalization with sciatica 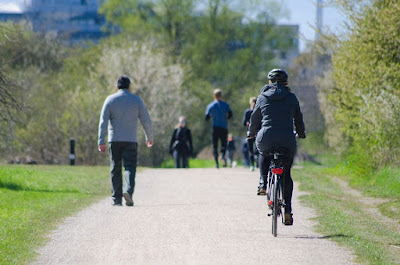 Lifestyle factors like obesity and smoking are known to raise people’s risk of developing sciatica, but a new study finds that regular walking and biking may have an opposite, and just as powerful effect.

Researchers in Finland analyzed data on more than 35,000 people in that country who were followed for up to 30 years, and found that smoking and obesity each raised the risk of being hospitalized for sciatica by 33% or more, while regularly commuting on foot or by bicycle lowered the risk by 33%.

Sciatica rarely leads to surgery or hospitalization, but it is considered one of the more long-lasting and severe low back pain syndromes.

Regular low-level physical activities such as walking and cycling may be helpful because they do not strain the lower back, the study authors note, as opposed to higher-intensity exercise that may be harmful.