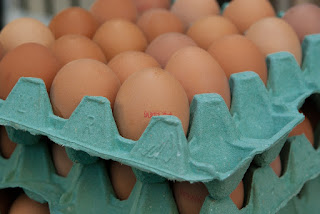 Supermarkets in the Netherlands and Germany removed millions of eggs from their shelves believed to have been contaminated by a toxic insecticide in a widening food scandal.

After shuttering 180 businesses earlier in the week, the Dutch food authority said following tests that 138 poultry farms - about a fifth of all such concerns in the country - would remain closed, with one batch of eggs posing "an acute danger to public health".

Eggs from another 59 farms contained high enough levels of the insecticide, fipronil, that the food authority warned they should not be eaten by children.

Manufactured by Germany's BASF among other companies, fipronil is commonly used in veterinary products to get rid of fleas, lice and ticks.

But it is banned from being used to treat animals destined for human consumption, such as chickens.

Latest: Eggs contaminated with pesticide have made their way onto British shelves
No comments:

The Ministry of Health (MOH) is screening people who came into close contact with a Bangladeshi construction worker who died on Friday (Aug 4) from diphtheria.

The 21-year-old worker was likely to have been infected in Singapore as he had not traveled out of the country recently, said MOH in a news release on Saturday.

This is believed to be the first such case in 25 years. MOH said the last local case of infection was reported in 1992 while the last imported case was in 1996.

Symptoms include fever, sore throat, swelling of the neck and nasal discharge. It can be treated with an antitoxin and antibiotics.

The risk of diphtheria spreading in Singapore is low, said MOH, as it is compulsory for all children here to be vaccinated against the bacteria.

Latest: Diphtheria in Singapore: 48 close contacts given all clear
No comments: