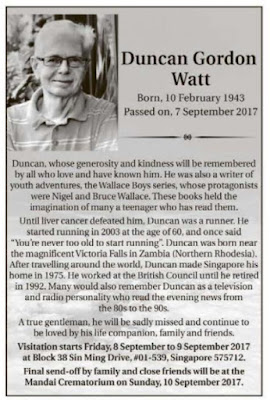 One of the biggest worries for patients undergoing cancer surgery is whether surgeons will miss some of the diseased tissue.

That worry could be over with a new pencil-sized tool developed by scientists and engineers at the University of Texas at Austin, according to a study published on Wednesday.

The tool, dubbed the MasSpec Pen, allows surgeons removing a tumour to detect cancerous cells in tissues in 10 seconds, allowing them to know immediately if they have found and removed all of the cancer.

Ask the Experts: Is coffee bad for your bones?

Does coffee drain calcium from your body and contribute to osteoporosis? 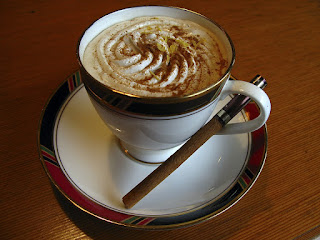 Drinking a lot of coffee has been linked to an increased risk of fractures in some observational studies. However, other studies have found no such link.

"I wouldn't worry about it," said Dr Robert R. Recker, the director of the Osteoporosis Research Centre at Creighton University in Omaha, Nebraska.

Huge, national studies in different countries have found "no evidence of an increase of fractures due to coffee", said Dr Recker, an endocrinologist.

For instance, a population-based Swedish study, which included more than 61,000 women followed for roughly 20 years, found in 2013 that drinking four cups of coffee or more daily was associated with a tiny reduction of bone density, but it was not linked to an increased risk of fracture.

This year, a systematic review published in the journal Food And Chemical Toxicology concluded that even up to eight cups of coffee daily "is not associated with significant concern regarding the risk of fracture and fall", especially in healthy adults who get enough calcium.

The United States National Institutes of Health recommends that women aged 51 to 70 get 1,200mg a day of calcium, and men of the same age get 1,000mg.

It's true that as people increase their caffeine consumption, calcium in their urine increases too, said Professor Connie M. Weaver of Purdue University's department of nutrition science and an author of the previously mentioned systematic review of coffee.

However, the more calcium lost to urination, the more people will absorb from whatever sources of calcium they consume, said Prof Weaver, who is a paid scientific adviser to Pharmative, a supplement maker.

So the only coffee drinkers who need to worry about calcium they lose when they visit the restroom are those who don't get enough calcium in the first place. - NYTIMES

Over her 35 years as a foster mother, 43 children experienced the love from her and her family.

"My children were so good and they helped me in my chores. They loved the babies and treated them like their own brothers or sisters," said Madam Indranee, 77, who herself was adopted as a child.

As recognition for her tireless work as a foster mum, Madam Indranee was yesterday presented with tabla!'s seventh Community Champion Award and $10,000 at the Suntec City Convention Centre, in conjunction with the Singapore International Indian Expo 2017.

She has decided to donate the money to the Ramakrishna Mission and the Sree Narayana Mission.

Advice from Mdm Indranee for those who may want to be a foster parent:

"You must be very patient and must love children... If the child is naughty and you shout at him, then the child will become even more angry and aggressive."

Researchers found that older people who watched more than five hours of TV a day and were physically active for three hours or less each week were more likely than their more active peers to have developed trouble walking at the end of a 10-year follow-up.

Reducing sedentary time along with increasing physical activity may be necessary to maintain function in older age, the authors write in Journals of Gerontology: Medical Sciences.

“Now keep in mind, when I say physical activity, that doesn't mean going to the gym and working out necessarily. We combined all levels of light, moderate and vigorous activity. It's the whole volume,” said DiPietro, a researcher at the George Washington University’s Milken Institute School of Public Health in Washington, DC.

Walking, doing errands and moving about, housework, and walking the dog all count as physical activity, she said.

However, Germany has a population base of about 81 million, and its youth academies have seen significant investment running into millions of euros.

It is perhaps more realistic for the Football Association of Singapore (FAS) to take a leaf from the book of a smaller country that has excelled on the world stage.

In spite of having a population of three million, Wales climbed from 117th position in the Fifa world rankings in 2011 to the eighth position in 2015.

It stands currently at 18.

Wales made up for the absence of high-profile players with team effort, a positive mindset and the emergence of a national identity to reach the semi-finals of Euro 2016.

Prior to last year's exploits, the country had not qualified for a major international tournament since the 1958 World Cup.

The foundations of its recent success were firmly laid more than 10 years ago.

Its current management focused beyond the game by changing the culture at the Football Association of Wales.

Sport science was adopted to achieve marginal gains that helped the team perform better and with greater consistency.

The team maintained its principles in the face of major setbacks and underwhelming performances.

While youth development was strongly encouraged, the team mitigated the talent shortage by recruiting English-born players with Welsh lineage.

Great football teams cannot be assembled overnight; this present Welsh squad has been years in the making.

Wales was not afraid to change its approach to attain success; it appears that it has hit upon a winning formula and the FAS should take a closer look.