It is a joint effort by the Cerebral Palsy Alliance Singapore (CPAS), KK Women's and Children's Hospital (KKH) and the National University Hospital.

Currently, there is no official database of people with cerebral palsy for researchers or welfare groups to tap on, said CPAS chairman Kevin Lim.

Dr Lim said that with the new registry, CPAS is going one step further to follow up on those who tend to "fall off the radar" after they reach adulthood.


The art of folding origami hearts has raised a substantial donation for The Straits Times School Pocket Money Fund.


More than $500,000 was raised for young artists by banking group Citi and its information technology partners at its annual charity golf tournament yesterday.

A total of $3.64 million has been raised for ChildAid through the golf tournament since 2011.

The proceeds support ChildAid 2017, a charity concert to benefit The Straits Times School Pocket Money Fund, which gives an allowance to children from low-income families, and BT's Budding Artists Fund, which provides financially disadvantaged children with opportunities to explore the arts.

Can mindfulness make you a better parent?

One parent who practices this concept is Zerlina Sim, a life and mindfulness coach and founder of blog Honeyjoys Soulful Parenting.

“A daily mindfulness practice helps me compartmentalise and transition between work and home,” she shared. “My confidence and patience as a parent has grown. I make better decisions around what is best for each of my three children. I feel more empowered to choose responses to situations, instead of getting overwhelmed or thoughtlessly going through the motions.”

Her children have noticed the difference. They say she is calmer, approachable and laughs more. “I definitely have fewer moments of regret or guilt from outbursts of anger and frustration. I am a happier, more positive parent,” she said. 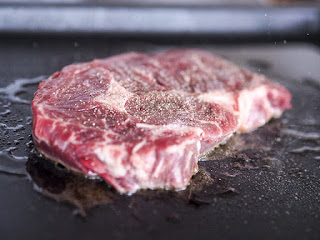 A higher intake of red meat and poultry is associated with a higher risk of diabetes among Chinese Singaporeans, a study by Duke-NUS Medical School has confirmed.

The team also discovered that a form of dietary iron called heme-iron, present in greater amounts in red meat and poultry than fish and shellfish, is accountable for the increase in diabetes risk.

No need to remove meat from your diet

“We don’t need to remove meat from the diet entirely,” said Professor Koh Woon Puay, the senior author of the study, at a media briefing yesterday. “Singaporeans just need to reduce the daily intake, especially for red meat, and choose chicken breast and fish or shellfish, or plant-based protein food and dairy products, to reduce the risk of diabetes.”