Exceptional people: The lawyers who take cases for no fee 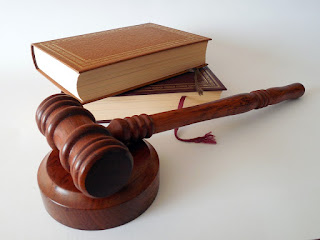 It was a further boost to an ecosystem that barely existed just 30 years ago. But all that would change thanks to a group of passionate lawyers.

Mr Henry Elias and some of his peers, which included activist Teo Soh Lung, initiated the Criminal Legal Aid Scheme, or CLAS, in September 1985. The scheme would provide legal aid and representation to those facing criminal charges, but could not afford a lawyer.

In 2006, the Law Society’s Legal Aid Review Committee was tasked to assess the provision of legal aid in Singapore.

Some 30 years after it was established, CLAS reached another milestone. In 2015, the government announced that it would provide up to $3.5 million in funding to cover operational costs and disbursements to volunteer lawyers.

This meant that the number of accused people it could assist would increase from 400, to about 6,000 people each year.

Exceptional people: 11 honoured for their contributions to Singapore's Muslim community

Ustaz Ali Mohamed, 71, the co-president of the Religious Rehabilitation Group was involved in landmark fatwas like the 2007 ruling that Muslims can be included in the Human Organ Transplant Act, which allows for organ donation after death unless people opt out.

Yesterday, he was given the Islamic Religious Council of Singapore's (Muis) Outstanding Award for his lifelong achievements and contributions to Singapore's Muslim community. The awards fete those who have made a difference in fields such as education, community service or Islamic teachings.

Exceptional people: Volunteers chip in to help the needy during Deepavali

A grassroots initiative, Lighting Hearts, Lighting Homes began in 2013 as a way for volunteers to spread festive cheer to needy Indian families during the Deepavali festival.

This year, 550 volunteers helped to pack, bake and distribute food and other provisions to more than 1,000 beneficiaries around the island yesterday.

The project has since grown to include beneficiaries of all races, and to take place during major holidays like Hari Raya and Christmas as well, said founder Logapreyan Renganathan, a civil servant.


During the Lighting Hearts, Lighting Homes event yesterday, Mini car enthusiasts were roped in raise $1,000 as a group and to help distribute gift bags to beneficiaries around the island.

A robot masseuse named Emma is offering Singaporeans high-tech back rubs with a gigantic metal arm and warm silicone tips which its creators say perfectly mimic the human touch.

The robot, the brainchild of local startup AiTreat, began work at a clinic in the city-state this week and performs "tui na", a type of massage practised in traditional Chinese medicine.

Emma, which stands for Expert Manipulative Massage Automation, consists of a white metal arm with heated silicone tips that mimic the human palm and thumb, with customers massaged while lying on a bed. 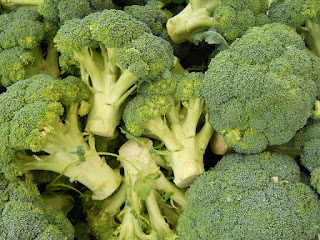 A daily dose of broccoli, cauliflower and sprouts could prevent everything from arthritis to heart disease by keeping your gut healthy, new research suggests.

This is thought to be due to cruciferous vegetables, such as broccoli, containing a substance that promotes gut health and barrier function, according to the researchers.

Maintaining a healthy intestinal lining could prevent leaky gut syndrome, which exposes the body to toxins and pathogens, they add.

Forum: Be accepting of those who are not like the norm

There are different forms and severities of mental illnesses. Are we adding to the woes of the borderline cases in our midst?

These people may function well and have self-insight, but are a bit different from the norm or the general corporate expectation.

Are they ostracised or stigmatised because of this? Is the workplace hostile to them?

For example, are superiors or colleagues putting unnecessary pressure on staff who are introverted or quiet to smile or laugh? How about the colleague who shuns the annual dinner and dance or who cannot make a fool of himself in team-building exercises?

Are these people marked as "uncooperative" or "not team players"?

We should be more accepting of individuals with quirks. We do not know if they are suffering from mental illness.

At work or in the community, as long as someone is able to contribute, has some talents or does no harm to himself or others, he should be embraced as a fellow member of the community.