Shopping for food overseas or online may be convenient, but consumers should be cautious, Singapore’s Agri-Food and Veterinary Authority (AVA) said on Monday (Dec 11).

The authority was replying to a Channel NewsAsia query on its response to Malaysian authorities confiscating 210 boxes of fake infant formula milk powder in Johor Baru. The raid on five shops in the city followed a case of a toddler in Malaysia suffering severe vomiting after drinking fake infant formula.

In Singapore, regulations and a surveillance system are in place to ensure infant formula is safe, AVA said. These products are also subject to food safety inspections and sampling.

“So far, all formula milk samples tested by AVA have met our food safety standards and requirements,” the authority said, adding that it will continue to monitor the import of the products to Singapore.

Over the last three years,  Singapore has seen an increase in skin donations for those who need grafts after serious burns.

This is an encouraging sign given that Singapore had to turn to tissue banks abroad such as Australia, United States and Canada in the past.

Another reason for this increase is due to greater public awareness of the Medical (Therapy, Education and Research) Act which helped to reduce the stigma of organ or body parts donation.

Consider language, IT and service courses with SkillsFuture training credits 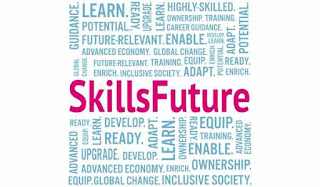 Those who do not know what SkillsFuture courses to enrol in can consider learning languages, info-comm technology and service excellence, said Minister for Education (Higher Education and Skills) Ong Ye Kung.

Singaporeans "cannot go wrong" if they focus their learning on these three areas, he said yesterday.

"Even for myself, I am learning a new language," he said at the launch of a new SkillsFuture public outreach drive at Woodlands Community Club.

All Singaporeans aged 25 and above receive $500 in training credits from the Government which they can use to pay for courses under the SkillsFuture programme.

N-level results to be released next Monday 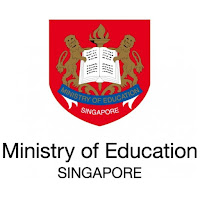 The results of the 2017 Singapore-Cambridge N-Level examination results will be released on Monday (Dec 18), the Ministry of Education (MOE) announced.

School candidates can collect their result slips from their schools from 2.00pm on that day, the ministry added in its press release.

Private candidates will be notified of their individual results by post. Those with SingPass accounts can also obtain their results online via the internet Examination Results Release System (iERRS) on the Singapore Examinations and Assessment Board’s website from 2.00pm, MOE said.

Of late, we have been bombarded with news that costs, especially that of healthcare, will go up because of an ageing population (Spending on healthcare expected to rise sharply; Dec 7).

It seems that the elderly are being blamed for the state of affairs. Have they not been contributing to the reserves all these years?

Instead of being free from taxes in their retirement years, they are still contributing, via the goods and services tax.

The Government has said that we need to leave the reserves for future generations.

If the elderly did not spend the reserves on themselves, but kept them for the future, this means they have already contributed to their healthcare and other social costs.

Let us not give the young generation the impression that the elderly are eating into their contributions.

Each generation has done its part.