The relocated and new Ang Mo Kio Polyclinic will be open to the public from Jan 29, the National Healthcare Group Polyclinics (NHGP) announced on Tuesday (Jan 9).

To facilitate the relocation, the existing polyclinic at Block 723 Ang Mo Kio Avenue 8 will be closed from Jan 26. Ang Mo Kio Polyclinic will then resume operations on Jan 29 at its new site located at 21 Ang Mo Kio Central 2.

The new polyclinic is just next to AMK Library.

Note that the dental clinic will also be shifted to the new building.


Three men in their 50s, who have walked together monthly for about 10 years, wanted to challenge themselves. They signed up for a free 100km round-the-island overnight trek, which began on Saturday at Raffles Place.

"We wanted to gain a sense of accomplishment, but we also believe in teamwork and encouraged one another," said technical officer Ong Chin Bok, 56.

Together with retiree Steven Chee, 59, and Mr Alex Quah, 54, they were among the 7 who completed the walk as of 10pm yesterday, out of more than 150 people who had started. 27 made it to the 50km mark at Waterway Point in the north-east at Punggol. 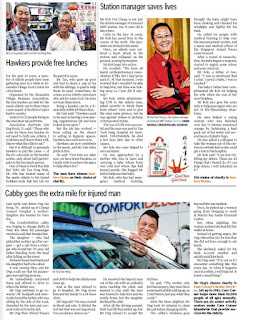 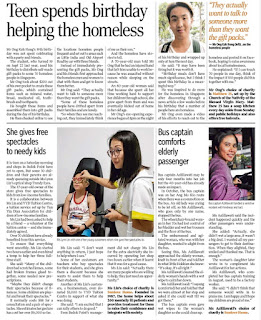