The posting results for the 2018 Joint Admissions Exercise will be released on Feb 1 at 9am, the Ministry of Education (MOE) said.

JAE applicants can obtain their posting results through the JAE Internet System or via SMS, added MOE.

Students posted to a junior college or the Millennia Institute should report to the institutions at 7.30am on Feb 2, MOE said.

Read more at https://www.channelnewsasia.com/news/singapore/2018-joint-admissions-exercise-posting-results-to-be-released-9894358
No comments:


Scientists in China have created the first monkeys cloned by the same process that produced Dolly the sheep more than 20 years ago, a breakthrough that could boost medical research into human diseases.

The two long-tailed macaques (Macaca fascicularis) named Hua Hua and Zhong Zhong were born at the Chinese Academy of Sciences (CAS) Institute of Neuroscience in Shanghai, and are the fruits of years of research into a cloning technique called somatic cell nuclear transfer.

"While they succeeded in obtaining cloned macaques, the numbers are too low to make many conclusions," said Lovell-Badge, who was not involved in the study.

Note: Only two babies were born from a group of 79 cloned embryos.

E-cigarettes, shisha to be illegal from Feb 1 under amended Tobacco Act 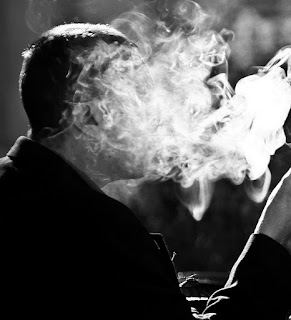 Starting Feb 1, buying, using and possessing tobacco products like e-cigarettes, shisha and chewing tobacco will be illegal, the Ministry of Health said.

The new prohibitions on such "emerging and imitation" tobacco products are part of the first phase of amendments to the Tobacco (Control of Advertisements and Sale) Act, which were passed in Parliament in November last year.

"(Members of) the public are encouraged to discard any prohibited tobacco products that they currently have in possession," the ministry said.​​​​​​​

Read more at https://www.channelnewsasia.com/news/singapore/e-cigarettes-shisha-illegal-banned-tobacco-feb-1-9898420
No comments:

SingDollar vs Ringgit and USD

You may want to read Singapore dollar hits over 3-year high to US dollar, resulting many buying US$ to keep (investment), for payment (like school fees) or buying online with US$.
No comments: