HSA recalls 18 cosmetic products, some with high levels of mercury

The Health Sciences Authority (HSA) has named 18 cosmetic products that it says contain “potent undeclared ingredients” – including some with over 27,000 times the permissible level of mercury. 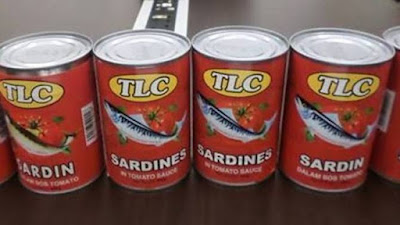 Malaysia's health ministry on Thursday (Apr 19) recalled two products of canned sardines from China after they were found to contain dead worms.

Reports said that the Indonesian Food and Drug Monitoring Agency also ordered the recall of products from three Chinese canned sardine importers after they were found to have dead worms.


On Sunday, the Bangladeshi cleaner was working in Commonwealth Crescent when a woman in a sixth-storey flat asked him for food as she could not cook nor able to buy food as she just had an operation.

Without hesitation, the 31-year-old said she could have the curry and rice that he had prepared at his dormitory the night before.

Mr Kalam's supervisor, who declined to be named, said that this is not the first time Mr Kalam has given food to an elderly resident in the area.

"He has already been giving extra food to the elderly. That's why when the woman asked for food, his instincts kicked in. They're also comfortable eating the food because they already know him."

Six students from the Institute of Technical Education (ITE) College Central in Ang Mo Kio told The New Paper that they saw an e-scooter zooming past near a lift lobby in the void deck.

When the rider suddenly fell off his machine, they realised he had hit a woman from behind just as she stepped out of a lift.

After they failed to catch him, they helped the victim, who was bleeding badly from a cut on her nose.

Miss Nur'Ain went to a nearby convenience store to buy a box of plasters while her friends - Miss Nurul Hazirah Osman, 20, Mr Muhammad Aqil Azmi, Mr Raden Afiq Raden Amran, Mr Muhammad Zulfiqar Rosli and Mr Muhammad Nur'Fauzan Mohamed, all 19 - attended to the victim by cleaning the elderly woman's wound with wet wipes, they dressed it with a plaster to prevent infection.

The e-scooterist is now wanted by the police to help in investigations into the incident at Block 538 Ang Mo Kio Avenue 5 at around 5.30pm on Tuesday.