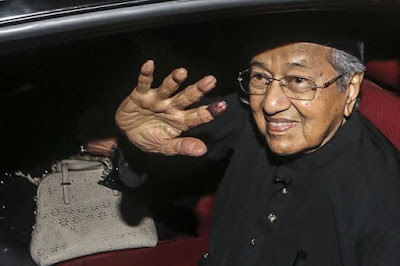 Former Prime Minister and current Pakatan Harapan chairman Tun Dr Mahathir Mohamad was sworn in as the seventh Prime Minister of Malaysia today, the first ever for a PH federal government. 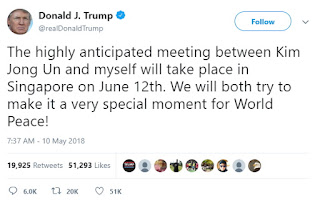 Dietitian reveals the centuries-old secret to boost your metabolism 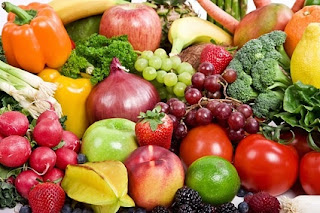 For anyone who has tried to drop a dress size but the waistline just would not budge, your metabolism may be holding you back.

And according to research, there is a centuries-old secret that holds the key to a speedy metabolism - and you do not have to go on any diets.

'This is important to healthy digestion and may help to boost your metabolism as food is digested more easily.'

A 2014 study found that eating your food at a slower pace can actually help you burn up to 10 extra calories per meal.


My 2 cents:
I have lost some weight and am maintaining it and it is not due to any diet. My method of losing weight is by eating fruits after every meal or before meal as appetiser.

Fruits help us in 2 important ways:

1. Digestion
All fruits contain acid (the sour taste) that helps digestion. No other food except fermented food has that sour taste.

2. Fibre
All fruits have fibre which helps to push all digested and undigested food to the intestines. This is to prevent our body from storing undigested food as fat in our body.

So, to lose weight, eat fruits after you have your meals, all meals, as fibre is not stored in our body. It is lost after digestion, so you have to eat fruits or vegetables to have fibre in your body.

Please note that some fruits are classified as vegetables because they do not taste sweet as conventional fruits, like pepper, cucumber, tomato, etc. Remember that any vegetables that have seeds are actually fruits.
No comments:

Counting calories and reading the back of food packets in the supermarket can be a chore for dieters who feel they have to restrict what they eat.

However, eating more food, not less, might help people shed the pounds quicker, a new scientific study claims - as long as they eat low-energy dense foods.

These include pasta, rice, fruit and vegetables and because they have fewer calories per gram than high-energy dense foods such as cheese and biscuits, it means people can have bigger meals and still end up with smaller waistlines.


Feeling full is the key to losing weight, say experts, and bigger meals mean people do not get as hungry throughout the day and eat unhealthy snacks.

The researchers from the University of Leeds said: 'Hunger is a main barrier to weight loss attempts.'

Video: How a tower crane builds itself

60 years to unlock the secrets of a cancer-fighting flower 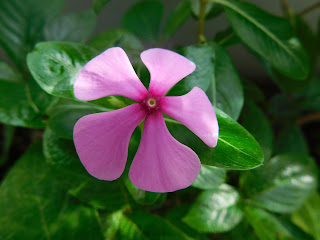 A chemical extracted from a small flowering plant of Madagascar periwinkle, or rosy periwinkle, has helped in the fight against cancer for decades. Now, after a 60-year hunt, scientists have finally uncovered how it creates this medically important molecule.

For decades, scientists have eagerly extracted a chemical called vinblastine from its leaves as vinblastine is effective against cancers of bladder, testicular, lung, ovary, and breast.

But around 500 kilograms of dried leaves are required to produce just 1 gram of vinblastine.

Using modern technology, traditional chemistry, and literature penned in the 1960s and '70s, they pieced together the chemical steps involved in converting the precursor molecule to vinblastine in 31 steps. Within 12-18 months, the scientists hope small quantities of vinblastine can be created synthetically.