He is 48, and already grappling with dementia

More Singaporeans are being diagnosed with dementia at a younger age.

He was once an accomplished teacher and published author of two chemistry books. But two years ago, when he was only 46, Mr George Chong was diagnosed with younger-onset Alzheimer’s, an uncommon form of dementia.

There was no cure, the doctor told him – and he slowly began to lose control of his daily life. Over time, he found it hard to follow instructions, do simple calculations and, sometimes, even distinguish his right hand from his left. 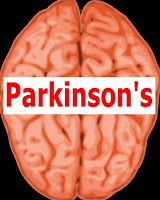 A cure for Parkinson's disease could revolve around vitamin B3, a study suggests.

German researchers have found that taking a form of the vitamin can stop nerve cells from dying off.

Parkinson's is a progressive neurological condition that destroys cells in the part of the brain that controls movement.

Skin cell samples were taken from Parkinson's disease patients and turned into nerve cells for the experiment.


My 2 cents:
B vitamins are important for our brains to function properly. If you think your brain is not working so well, eat more food with B vitamins than taking supplements. If you need to take B vitamins supplement, do not take it permanently.

Some of the food with B vitamins include molasses syrup or sugar, yeast extract food like Marmite,  eggs, cheese, etc.
No comments:

Email ThisBlogThis!Share to TwitterShare to FacebookShare to Pinterest
Labels: dying, Parkinson's, stem.cells, vitamin B, vitamin B3

A batch of CeresOrganics product, called Organic Breakfast Paleo Crumble – Cacao Spice, has been recalled, the Agri-Food and Veterinary Authority (AVA) said in a media release on Friday (Jun 8).

This was after the authority received feedback from a member of the public about a "small, ceramic-like object" that was found in a packet of the breakfast food.

"As a precautionary measure, the importer has voluntarily recalled the implicated batch," said AVA. "The recall has been completed."

The affected batch of Organic Breakfast Paleo Crumble – Cacao Spice (350g) has a best before date of Jan 5, 2019 and lists the country of origin as New Zealand.

Baby food products by Canadian brand Love Child Organics have been recalled due to packaging defects, the Agri-Food and Veterinary Authority of Singapore (AVA) said on Thursday (Jun 7), citing an alert by the Canadian Food Inspection Agency.

The defects may allow "spoilage microorganisms" to enter, AVA said.

The food products implicated, also known as baby food pouches, involve those with best before dates up to and including May 25, 2019.

Read more at https://www.channelnewsasia.com/news/singapore/love-child-organics-baby-food-recalled-over-packaging-defects-10403610
No comments: