Exceptional people: Motivated by his past, retiree donates $500k to ST fund

"I am a simple man and I live comfortably with my wife - that is enough. I can't bury my money with me, so why not give it to charity?"

Mr Loh's contribution to STSPMF is his biggest donation yet, though he has given money to charities and orphanages in countries such as Thailand and Vietnam.


To mark its 50th anniversary, Keppel made a $10 million donation to the Institute of Technical Education, which will benefit financially disadvantaged students.

Durex has recalled several batches of one of its condoms in Singapore after they failed to pass shelf-life durability tests, the condom manufacturer said on its website.

The numbers are shown on the bottom of the pack and on the foil wrapping of individual condoms, Durex said.

Read more at https://www.channelnewsasia.com/news/singapore/durex-recalls-some-batches-of-real-feel-condoms-in-singapore-10596516
No comments: 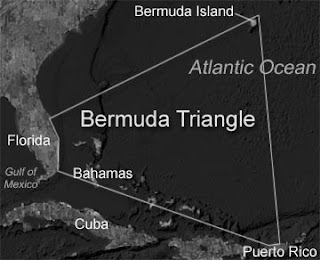 Scientists believe they have solved the mystery of the Bermuda Triangle ― and it is not UFOs or sea monsters but monster waves.

The Bermuda Triangle, also known as the Devil’s Triangle, is a region in the North Atlantic that is generally bounded by Miami, Bermuda and Puerto Rico.

“There are storms to the south and north, which come together,” said University of Southampton oceanographer Simon Boxall, per the Sun. “And if there are additional ones from Florida, it can be a potentially deadly formation of rogue waves.”

Boxall said these rogue waves could reach 100 feet tall. That would be on par with the largest wave ever recorded: A 100-foot tsunami triggered by an earthquake and landslide in Alaska’s Lituya Bay in 1958, the Smithsonian reported.