Buy a jar of honey, do not trouble your doctor with a cough, patients told 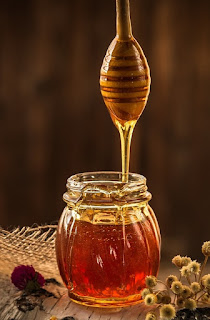 Patients with bad coughs should buy a jar of honey rather than visit their doctor, new guidance for the NHS says.

The new advice from the National Institute for Health and Care Excellence and Public Health England urges the public to buy “self-care” products such as honey, herbal remedies and cough medicines, instead of expecting antibiotics.

The draft guidance says most patients with an acute cough get better within three weeks without any medicines.

And it says antibiotics should be reserved for cases which linger, or for patients are at risk of complications, because their health is already compromised.

Immune system is built up not in 1 day. Therefore, to expect honey or other herbal remedies to have an effect on your illnesses, you should start using them before you have them.

In my experience, honey (best raw), tea (any type) in long term will help you avoid frequent sore throat, coughing or cold.
No comments:

Forum: Let us get behind our sportsmen

Anyone who read assistant sports editor Rohit Brijnath's report (Rowing against the painful tide; Aug 18) will certainly have a burning question: Why would rower Joan Poh go through all the pain and effort, especially when she has to seek financial help for her training, to accomplish her goal of representing Singapore and winning a medal?

As a former sportsman who played hockey for my school, I can empathise with Poh's mental resilience, determination and resolve to train hard for the upcoming Tokyo Olympics in 2020.

Looking back, we have had athletes like Theresa Goh and Yip Pin Xiu, whose performance at the Paralympic Games in 2016 inspired many of our athletes to "go for gold".

Likewise, para-paddler Jason Chee's determination and perseverance enabled him to win Class 2 gold medal at the Kuala Lumpur Asean Para Games last year. It certainly came as no surprise when Chee, who had lost both his legs, his left arm and three fingers in a naval accident in 2012 and, later, an eye due to cancer, was voted 2017 Straits Times Athlete of the Year.

With such inspiring stories, it is therefore not surprising that Poh, too, is persevering to make Singapore proud, regardless of whether a medal is eventually won.

We must, as a nation of caring Singaporeans, encourage and inspire the less fortunate, whether financially or physically, to never give up on their coveted sporting goals.

As a First World and progressive nation, we must provide the moral, psychological and financial support to keep their dreams alive.

Drink milk for breakfast! A glass every day with toast or cereal could keep diabetes and obesity at bay


Drinking milk with your breakfast every day could make you less likely to be obese or diabetic, a study has found.

A 250ml glass of cow's milk or having it on your cereal in the morning could lower blood sugar throughout the day, reducing the risk of type 2 diabetes.

It is thought to be the protein in the milk which causes this effect by releasing hormones which slow down digestion, and also making people less hungry later on.

The study found milk reduces blood sugar after eating – more so than drinking water – and the more protein in the milk the more it reduced the sugar level.

Note:
If you do not drink milk, you can drink other protein drink like soy, whey or almond, among others.
No comments:

Tips for caregivers of infants who was fed contaminated powdered milk 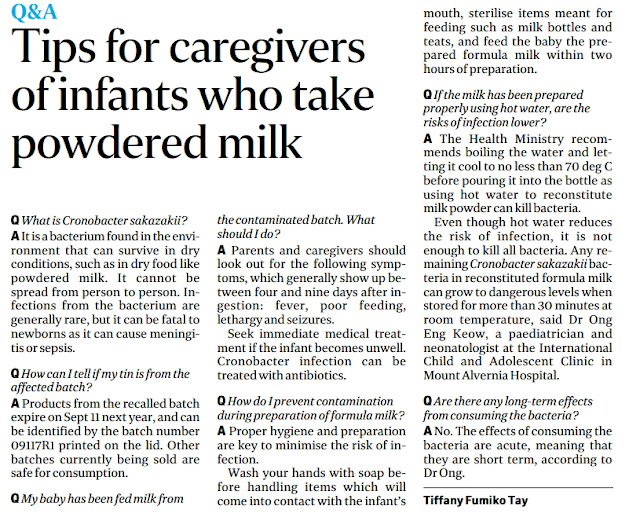 Scam warning: 80% of e-commerce scams in first half of 2018 took place on Carousell platform 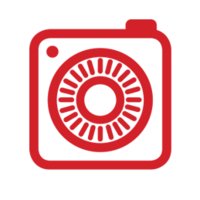 The first half of this year saw the police investigating 1,277 e-commerce scam cases, a 58% spike from the same period the year before.

Dr Wong King Yin, of Nanyang Technological University's College of Business, said the platform is especially popular among scammers as it has many users and is mainly a consumer-to-consumer platform.

"Carousell was originally built to connect sellers and buyers of pre-loved items, so they did not plan to oversee the whole payment and delivery process. They let the sellers and buyers handle it themselves," said Dr Wong. "In this case, scammers can easily take advantage of it."

Carousell has a new pay service called CarouPay. It is an escrow service for more secure transactions, transferring a buyer’s funds to a seller only once the latter has confirmed that the item has been received.