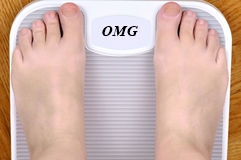 Lorcaserin is a no fad weight-loss drug, researchers say.

A new study found that the drug, which has been dubbed the “holy grail” of weight loss, was three times more effective than diet alone, the Daily Mail reported. The trial tested the drug with 12,000 overweight adults in the United States, finding that people on the drug lost an average of nine pounds, three ounces (about 4kg) in their first year, and that they kept the weight off for at least three years.

Forum: Serve because you care for your country

I refer to editor-at-large Han Fook Kwang's opinion piece (Is the ground sour? Time to tackle it; Aug 26).

Mr Han's article accurately captures the sentiment on the ground, in particular, that of the younger and the better-educated people who are more politically aware.

It is natural, as Mr Han points out, that "segments of the population don't show the same respect that earlier generations of leaders enjoyed" because many people hold the view that the Singapore ministers are paid high salaries compared with leaders in other First World nations.

Several ministers have emphasised that these men and women made sacrifices by taking huge pay cuts, but they have missed the point.

One serves because he cares for his country and fellow citizens; he would have looked beyond monetary equity because his inner conscience tells him it is the right thing to do. It is analogous to those who give up their cushy jobs to go into social services or teaching, or the foster parents who take in vulnerable children to protect them. They, too, make noble sacrifices, all in the hope of building a better Singapore.

The talk on the ground is that it is simplistic to use salary to measure a citizen's capability to be a good political leader.

You may want to read How much does Singapore Cabinet cost each resident? $10 a year
No comments:

12,000 in Singapore to be taught AI basics for free 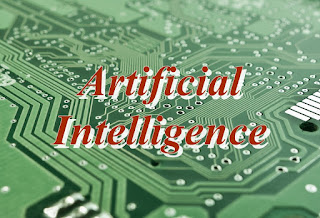 Singaporeans ranging from secondary students to working adults will get to pick up artificial intelligence (AI) basics for free as part of a programme called AI for Everyone (AI4E) unveiled on Thursday (Aug 30).

The three-hour programme, which targets 10,000 participants, aims to familiarise them with AI and help them understand how it can be used in their daily lives, said Minister for Communications and Information S Iswaran at an event to commemorate the first-year milestone for AI Singapore (AISG).

It will also help dispel fears that AI will replace jobs, according to a separate joint fact sheet by AISG, Info-communications Media Development Authority  and the National University of Singapore.

AI for Industry (AI4I) will see 2,000 executives, as well as those technically inclined in AI, going through a subsidised three-month foundation course on developing basic AI and data applications to prepare them for future job opportunities.