I had joined a small group outing, which included three blind men and their guide dogs, to the Singapore Botanic Gardens during the Hari Raya Haji holiday.

Unfortunately, it started to rain and a large crowd sought shelter at the Shaw Foundation Symphony Stage. But a security guard told most of the dog owners to leave the stage, saying that the stage was expensive and could not be damaged. The rain had not stopped completely but we, including the blind people with guide dogs, obliged.

When it began to rain heavily again, we sought shelter, this time, at the National Orchid Garden.

At the Orchid Garden, we were once again told to leave by the security personnel there. Only after we demanded to speak to the management did they relent.

I dread to think of the consequences had any of the blind men slipped and fallen in their haste to escape the rain. Would their potential injuries and hospital bills be any less expensive than the cost of the stage?

How can the Botanic Gardens profess to be a UnescoWorld Heritage site if it fails to support the Convention on the Rights of Persons with Disabilities adopted by the United Nations in 2006?

The aim of the convention is to create societies that are inclusive, pluralistic, equitable, open and participatory for all its citizens.

Doesn't the management bother to train its staff to differentiate between a guide dog and a pet dog?

Allowing a guide dog for the blind to enter is not a "privilege". It is a civil and human right.

Guide dogs serve as their owners' eyes, granting people who are blind greater independence and the ability to travel efficiently and safely.

Denying guide dogs entry is akin to banning those using aids such as wheelchairs, crutches, canes or hearing aids from patronising these places.

Our outing was marred not by the rain but more by the words of the security guards.

How can we aspire to be a gracious and inclusive society when we cannot even accommodate blind people and their obedient guide dogs?

It is time the relevant authorities stepped in to tackle this.

Of these, the EV-71 strain has claimed the lives of two: Danial, in June, and a 27-month-old child in Sarawak, in July. Enterovirus 71 (EV-71) is a more virulent strain of HFMD.

In Singapore, more than 31,000 HFMD cases have been reported to date.

HFMD is usually mild, with few complications, but the EV-71 strain can be fatal because of its severe complications, which include neurological, respiratory and cardiovascular problems. It is also more infectious than the Coxsackie virus, the most common cause of HFMD.

Read more on what you need to know about the EV-71 strain @ https://www.channelnewsasia.com/news/cnainsider/virulent-strain-hfmd-killed-outbreak-enterovirus-71-ev71-penang-10697128
No comments:

Preventing muscle loss as we age

Sarcopenia — is decline in skeletal muscle with age. It begins as early as age 40 and, without intervention, gets increasingly worse, with as much as half of muscle mass lost by age 70. (If you are wondering, it is replaced by fat and fibrous tissue, making muscles resemble a well-marbled steak.)

“Sarcopenia can be considered for muscle what osteoporosis is to bone,” Dr John E Morley, geriatrician at Saint Louis University School of Medicine, wrote in the journal Family Practice. He pointed out that up to 13% of people in their 60s and as many as half of those in their 80s have sarcopenia.

Sarcopenia is one of the most important causes of functional decline and loss of independence in older adults.

2 things come to mind in preventing sarcopenia. They are strength-training and eating more protein food.

Headaches: When should you take a painkiller or see a doctor? 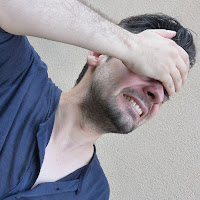 Your brain is not in pain when you have a headache. But what can contribute to the headache is the pain felt by the membrane covering the skull, the blood vessels in the membrane, some of the nerves in the brainstem, the eyes, ears, nasal cavity, paranasal sinuses (the spaces surrounding the nasal cavity) as well as the skin, the tissue just beneath the skin, muscles, and blood vessels, said Dr John Ng, a neurologist from Mount Elizabeth Novena Hospital.