Findings of the recent study associating low-carbohydrate diets with reduced longevity (Replacing carbs with wrong food could shorten life; Sept 25), should not be generalised to people with diabetes.

Several of the cohorts in the meta-analysis excluded individuals with diabetes.

Poor blood-sugar control increases the risk of developing cardiovascular and kidney disease, which are the main causes of death and illnesses in diabetes. In fact, high-carbohydrate intakes have been associated with an increased risk of death in individuals with diabetes.

There is now good evidence from longer-term, well-controlled, randomised trials of people with Type 2 diabetes that low-carbohydrate diets confer additional benefits for achieving glycaemic control and more stable blood-glucose profiles with lower diabetes medications over conventional low-fat diets, with no adverse renal effects. And when these low-carbohydrate diets are low in saturated fats/high in unsaturated fats, greater improvements in lipid profile are observed.

Notably, the study also found that high-carbohydrate diets (greater than 70%) were associated with shorter lifespans when compared with moderate-carbohydrate diets (45% to 55%). This finding was mainly derived from Asian and multinational cohorts and is, thus, of greater relevance to Singapore. 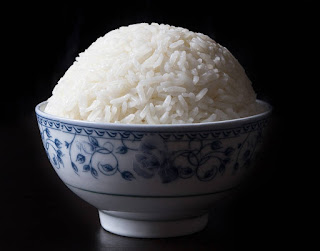 While the study did not distinguish between the type of carbohydrates consumed (whole grains versus refined grains/sugars), the authors acknowledged the ubiquity of high-carbohydrate intakes, especially refined carbohydrates - for example, white rice - in Asia. This chronically high glycaemic load could cause metabolic dysfunction.

[Notes by me: Refined carbs may also include mee hoon, mee, rice cake in lotong, etc. Remember not to eat more than 1 serving of starchy food during every meal.]

A reduction in carbohydrate intake, especially refined carbohydrates, would therefore be prudent, particularly when insulin deficiency appears to characterise the variant of diabetes in Asians.

In Singapore's war on diabetes, the potential advantage of low-carbohydrate diets is an important public health message that must not be obscured by the findings of the observational study.

Nutrition therapy plays an integral role in overall diabetes management and, while there is no one-size-fits-all dietary approach, current evidence highlights the clinical utility of low-carbohydrate diets in diabetes prevention and management.

Is it ok to skip meals, even occasionally? 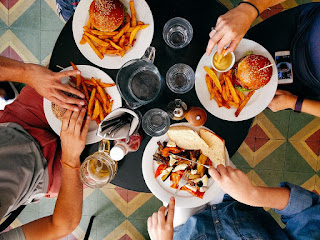 Between waking up and getting ready for work, you might have just enough time to down a cup of coffee before you have to get out of the house. Or your boss just handed you a report at 12pm that needs completing in an hour’s time.

Whatever the reason, meal-skipping happens. So, what is the big deal, right? We over-eat anyway, so we can stand to miss a couple of meals in a day.

For starters, skipping just one meal causes your blood sugar levels to plummet. If you skip breakfast, it means your body has gone without fuel for nearly 12 hours – assuming your last meal was at 8pm and you begin your day at 7am. Imagine starting your car’s engine when its tank is empty, and you get the picture.

“Consistently (skipping meals) might lead to issues such as poor concentration, poor-quality diet and slowed metabolism for some,” said Apple Chan, a dietitian from Gleneagles Hospital. “This usually does not happen overnight. It’s the chronic, low consumption that happens over months or even years.” 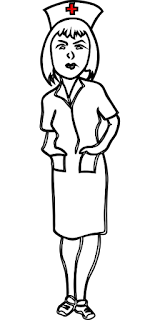 More nurses from SingHealth are being seconded to the Singapore Civil Defence Force (SCDF), under a collaboration designed to help the public respond more effectively to health emergencies.

There are now 13 nurses on board, up from four in 2011. The move seems to be paying off, with more instances of bystanders performing cardiopulmonary resuscitation (CPR).

When members of the public dial 995, the call goes to the SCDF Operations Centre where it's answered by an SCDF officer. But if it's a medical emergency, such as if a person is not breathing, the call is passed on to a nurse.

Most callers are anxious so nurses will calm them down, get enough information to make an initial diagnosis and walk them through what needs to be done step by step. For instance, if someone is having a cardiac arrest, the caller will be told how to perform a simplified version of CPR.

Forum: Is it safe to use mobile phones in petrol stations?

Fuel retailer Caltex recently launched South-east Asia's first phone app-based fuel payment system here which allows users to pay for their fuel without getting out of their vehicles (Pump and pay without leaving car; Sept 26).

In many parts of the world, the usage of mobile phones in petrol stations is strictly forbidden due to the highly flammable nature of petrol.

I hope the Singapore Civil Defence Force, Land Transport Authority and National Environment Agency can enlighten the public about the safety of using mobile phones within and around the vicinity of a petrol station. Is it an acceptable practice?

No incidents here so far of fires in petrol stations caused by mobile phones do not mean there will not be one in the future.

Many petrol stations are built in residential areas and any fire will be catastrophic to residents.

Allowing the use of mobile phones for payment clearly sends the signal that it is all right to use them in petrol stations.