Malaysian comedian Zaibo, best known in Singapore for his role as Yusof in the popular sitcom Under One Roof, died from cancer on Wednesday (14 November).

Malaysian media reported that the 62-year-old, whose real name is Zainal Ariffin Abdul Hamid, died at home at 1.30pm after a battle with stage 4 oesophageal cancer.

Zaibo played Yusof, a hen-pecked mee rebus stall owner, in Under One Roof which ran on Channel 5 from 1995 to 2003.
No comments:


Jin Yong, was a Chinese wuxia ("martial arts and chivalry") novelist and essayist who co-founded the Hong Kong daily newspaper Ming Pao in 1959 and served as its first editor-in-chief. He was Hong Kong's most famous writer.

His wuxia novels have a widespread following in Chinese communities worldwide. His 15 works written between 1955 and 1972 earned him a reputation as one of the greatest and most popular wuxia writers ever. By the time of his death he was the best-selling Chinese author, and over 100 million copies of his works have been sold worldwide (not including an unknown number of pirated copies).

You may want to read Gu Long 古龙 died aged 47. 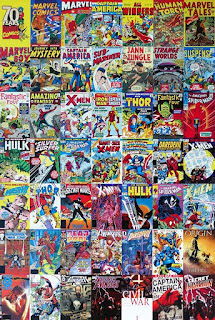 Spider-man, Ironman, Black Panther, the Hulk, X-man and many other superheroes.

If all that entertainment product can be traced to one person, it would be Stan Lee, who died in Los Angeles on Monday at 95. From a cluttered office on Madison Avenue in Manhattan in the 1960s, he helped conjure a lineup of pulp-fiction heroes that has come to define much of popular culture in the early 21st century.

Mr. Lee was a central player in the creation of those characters and more, all properties of Marvel Comics. Indeed, he was for many the embodiment of Marvel, if not comic books in general, overseeing the company’s emergence as an international media behemoth. A writer, editor, publisher, Hollywood executive and tireless promoter (of Marvel and of himself), he played a critical role in what comics fans call the medium’s silver age.