Forum: Be understanding about stringent checks

There are many things that some Singaporeans have taken for granted (Airport-like checks at MRT stations an overreaction, by Mr Seah Yam Meng; Nov 9).

To some people, such airport-like security checks at MRT stations may be an inconvenience, especially during rush hours; they do not seem to realise that there could be serious consequences if something were to happen.

The world today is fraught with uncertainties and threats, and the least expected can happen at any time and anywhere.

Hence, we must not consider it an overreaction on the part of the Land Transport Authority if these airport-like preventive measures are introduced as they would prevent the loss of many lives.

Nobody can predict or confirm where terrorists may strike, so it is better to always be alert and vigilant than to be caught unawares.

Many people may not know that members of a terrorist network had planned to bomb targets near Yishun MRT station in the past (Security at train and bus stations stepped up; Jan 17, 2015).

This is ample proof that MRT stations are sensitive locations, and all of us should be prepared to bear the inconvenience of being delayed due to stringent screenings.

We should place supreme importance on our country's security, and this requires our full understanding and support. 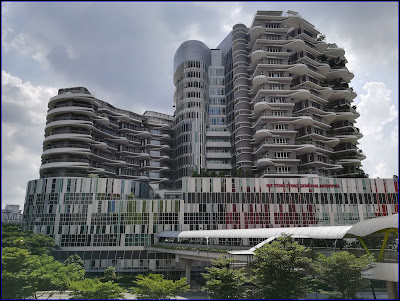