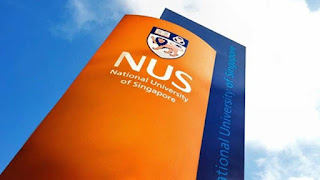 On Sunday (April 21), OnHand Agrarian, an urban farm that has taken in NUS students for internships, said in a Facebook post that it has made "the monumentally stupid decision" to compromise its product and clients by "allowing a criminal" to continue to use its facilities.

Therefore, the company said that it will "suspend all dealings" with NUS until the perpetrator is expelled.

Meanwhile, the victim's mother has called the 12-month conditional warning issued by the police to the perpetrator as "completely ridiculous".

"What this means is, the police are giving him a slap on his hand and say don't do it again within 12 months," Mrs Mary Baey commented on Facebook.

"I was given to understand that this is not the first case, there have been many cases, some reported to NUS and some that went unreported," Mrs Baey said.

"How can we place our trust in NUS, a national and international institution? This trust is now broken."