Having a tattoo can affect your chances of getting a job in Singapore: Survey 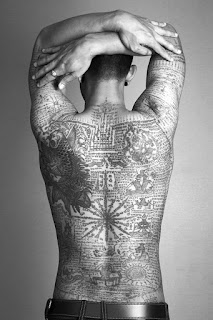 If you had an interview for an executive position, you might decide to cover up the tattoo on your arm. While you felt your tattoo said something about you, in an interview setting you probably wanted those sentiments to go unspoken.

At least one study published in recent times showed no correlation between employment level or salary and having tattoos. This held true whether the tattoos were visible or whether a person had one tattoo or many.

Unfortunately, a recent study conducted by YouGov with 1,075 Singaporeans found that close to half (47%) of the respondents said they would be less inclined to hire someone with a tattoo, even if he/she was qualified for the position.


My 2 cents
I used to work in an air-con company. One day, we had a new employee with some tattoos on his arms. But by the end of the day, he was dismissed.

The reason: Customers called up the company and told us not to send that same guy to their homes in future.

Even though this was many years ago, older Singaporeans are still very conservative about tattoos. To them, tattoos are associated with gangs, bad guys, uneducated, not trustworthy, etc.