Air pollution is linked to miscarriages in China, study finds 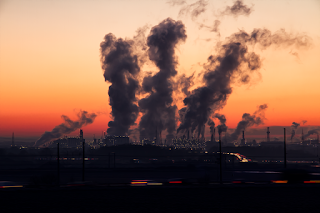 Researchers in China have found a significant link between air pollution and the risk of miscarriage, according to a new scientific paper released Monday (Oct 14).

While air pollution is connected to a greater risk of respiratory diseases, strokes and heart attacks, the new findings could add more urgency to Beijing’s efforts to curb the problem, which has long plagued Chinese cities. Faced with a rapidly aging population, the government has been trying to increase the national birthrate, which dropped last year to the lowest level since 1949.

In a study published in the journal Nature Sustainability, scientists from five Chinese universities examined the rate of “missed abortions” in the first trimester, which can occur in up to 15% of pregnancies. Also known as silent or missed miscarriages, they happen when the fetus has died but there are no physical signs of miscarriage, leading the parents to mistakenly think the pregnancy is progressing normally. Finding out such miscarriages days or weeks later can be quite traumatic for expecting parents.