A team of scientists led by Duke-NUS Medical School has found a potential link between autism and a commonly prescribed antidepressant — but also a possible treatment.

The team of researchers from Singapore and South Korea found that mice that had been exposed to the antidepressant fluoxetine in the womb behaved differently, compared with unexposed mice. Fluoxetine is commonly sold under brand names like Prozac and Sarafem.

Those mice that had been exposed to fluoxetine in the womb were observed to be less inclined to explore unvisited areas and had impaired "social novelty recognition" — they had difficulty remembering mice they had already been introduced to.

But treating fluoxetine-exposed mice with a compound that blocks the overactive receptor alleviated their behavioural problems and improved their working memory. 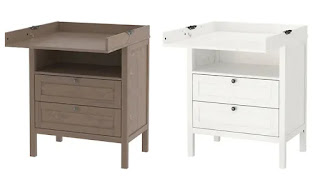 Swedish furniture retailer IKEA on Tuesday (Apr 30) announced a recall of its SUNDVIK changing table and chest after it received reports of children falling.

In a Facebook post, IKEA Singapore wrote that it has received three reports of incidents where “the foldable part” of the furniture came loose, causing children to fall off the changing table.

The company urged those who have the changing table and chest to secure the folding part with the safety locking fittings provided and to contact IKEA to receive new ones, free of charge, if they have lost them.

As a precautionary measure, the furniture is also being recalled for repair services.

Camel milk could be the future of dairy. Are you ready for a camelcino?


Camels were first domesticated for their milk in 3,000 BC, according to the UN, and the liquid is a staple in parts of the Middle East and North Africa, where it can be cheaper than cow’s milk. Now it is gaining popularity with producers and customers elsewhere, from health nuts in America to farmers in sub-Saharan Africa reckoning with climate change.

The milk is low in lactose, allowing it to be digested by people with a dairy intolerance and cutting into the market share of nut milks.

Touted by fanatics for its alleged medical benefits and by foodies for its full flavour, camel milk is now stocked on shelves in Asda supermarkets in the UK, while a camel dairy in the Netherlands offers next-day delivery to London doorsteps. Camel-milk ice cream is popping up on menus at culinary hotspots such as west London’s 108 Garage and the two-Michelin-starred minibar by Jose Andres in Washington DC. 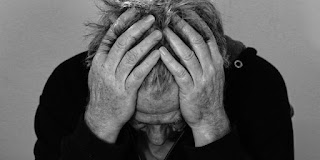 Around half of people who are diagnosed with schizophrenia may just have anxiety, research suggests.

Only 26 of 54 patients who had been diagnosed with the mental disorder actually had it when they were checked over by a specialist. And the remaining patients were simply battling anxiety, according to the scientists who delved into schizophrenia.

The researchers have now warned doctors are too quick to diagnose patients with the disorder when they complain of 'hearing voices'.

They said this is often a 'fleeting phenomenon with little significance' and does not automatically mean the person has the severe mental-health condition.