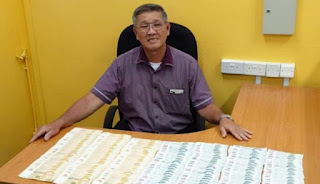 When SBS Transit bus driver Saw Cheong Seng was given a bag on Friday morning while he was driving service 63, he did not think much about it. A passing glance inside showed piles of paper, which he assumed were betting slips. The bag had been handed to him around 8:40am in the Outram Park area by a passenger, who said it was left behind by another commuter.

It was only after he completed his route at Eunos Bus Interchange that the 59-year-old took a second, clearer look at the bag, and found stacks of $100 and $50 notes in it. The total added up to $39,602.10, said The Straits Times.

Being the kind Samaritan he was, Saw turned over the bag to the interchange manager, who later put it in the hands of the police. A spokesman for SBS Transit said a police report had been lodged.

As new non-invasive fat blasting technologies hit the local market, more aesthetically-conscious people are turning to no-cut procedures as an alternative to surgery.

Since October last year, plastic surgeon Lee Shu Jin has seen an estimated increase of at least 300 per cent in requests for non-invasive fat loss treatments.

The most sought-after fat loss procedure at her clinic, Plastic Surgery by SJ Lee, is a non-invasive treatment known as Onda, which uses microwave energy. Coming in second is the more invasive procedure, liposuction.

Patients as young as teenagers (with their parents’ approval) have undergone the fat loss procedure. Her oldest patients are in their 70s.

The Health Sciences Authority (HSA) advises people who have undergone breast enlargement to consult their doctors if they suffer pain or swelling around their silicone implants after a person in Singapore was diagnosed with a rare form of cancer associated with breast implants.

“Breast implants registered in Singapore have a silicone outer surface that is either smooth or textured. Global reports have indicated increased incidence of BIA-ALCL with the use of ‘macro-textured’ breast implants.

As a precautionary measure, HSA has disallowed the sale of the Allergan Natrelle breast implant in Singapore since April 2019, the HSA said. 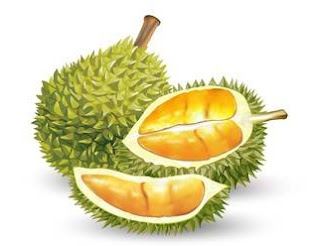 About 550 people were evacuated from an Australian university library on Friday afternoon after reports of a strong smell of gas.

The source of the smell was later traced to "a durian fruit in one of our bins", said a Facebook post by the University of Canberra Library.

The library also temporarily changed its Facebook profile picture to a sign that showed durians were prohibited.

Note: Even Singaporeans like durians so much, it is banned in all our public transport for this precise reason. NOT everyone can stomach the strong smell of durians, especially tourists.

The Ministry of Health (MOH) confirmed on Thursday (May 9) the first imported case of monkeypox infection in Singapore.

The patient, a 38-year-old Nigerian, travelled alone to Singapore on April 28 and tested positive for monkeypox on Wednesday.

He is currently warded in an isolation ward at the National Centre for Infectious Diseases (NCID) and his condition is stable, said the MOH.

Monkeypox is a rare disease caused by a virus and is primarily transmitted to humans from animals.

The disease is usually less infectious then common flu and self-limiting, and most patients recover from monkeypox within two to three weeks. In some cases, the virus can cause serious complications such as pneumonia, sepsis, encephalitis (bain inflammation) and eye infection resulting in loss of vision.


You  may want to read What you need to know about the disease
No comments: