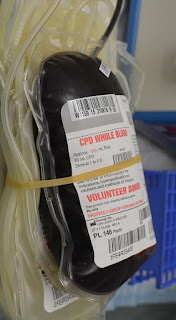 Every year, there are 600 fewer blood donors in Singapore due to age or illness.

The problem is compounded when young people, aged 16 to 25, are not donating enough.

The statistics worry the Singapore Red Cross, which believes that if things do not improve, Singapore may not have enough safe blood for transfusion needs in the future.

With a resident population of nearly four million people, Singapore has only around 73,600 blood donors. This is not ideal, said Mr Benjamin William, secretary-general and chief executive officer of the Singapore Red Cross (SRC).

A University of Montreal study followed teenagers throughout their high school careers, and found that certain forms of social media and TV shows fueled spirals of depression and self-consciousness.

An estimated 20% of people have experienced at least one period of depression by the time they reach adulthood.

Depression and other mental health struggles seem only to be becoming more unbearable for teenagers. Now, a teenager dies by suicide about every 100 minutes.


A type of pesticide used to treat lice and worms in humans could help treat cancer, according to a new study by Chinese scientists.

A research team at the Chinese Academy of Sciences’ Institute of Zoology in Beijing injected Ivermectin, a widely available insecticide, into the bodies of mice with solid tumours and leukaemia. The cancer cells, which previously had been highly drug-resistant, immediately succumbed to chemotherapeutic drugs.

Professor Wu Yijun and his colleagues next tried Ivermectin on human cells in which colorectal and breast cancers had been cultured in a dish, with the same results.

“We have no idea how many cancers could be treated by this method, but we have tested it on two major cancer types, solid tumour and blood cancer, and it works very well in both cases,” he said.