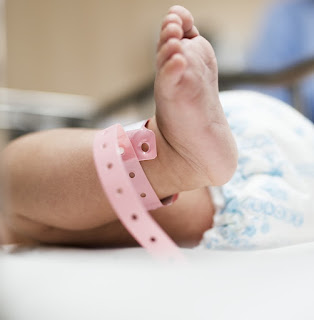 For the past decade, scientists have been fascinated by how the bacteria in our guts influence our health and determine whether we get sick. Yet a big question has remained unanswered: How did we get those original microbes at the beginning of our lives?

A study titled “Baby Biome” released today in Nature offers a clue: It turns out the way we were born plays an important role in determining which of the 5,000 different species of microorganisms colonize our guts. A group of scientists from the United Kingdom’s Wellcome Sanger Institute, University College London and the University of Birmingham, analyzed the gut microbiota DNA from 596 newborns in British hospitals and concluded that babies delivered via caesarean section had different gut microbes than those who were born vaginally.

The new study found that babies born via caesarean section had more harmful pathogens picked up in the hospital that could expose them to future infections - pathogens that were more likely to have antimicrobial resistance - compared to vaginally delivered babies.

You may want to read Babies born by Caesarean ‘one third more likely to develop autism and ADHD'
No comments:

What happens when you breathe in haze year after year? Doctors in M'sia explain


While immediate health risks such as breathing difficulties and well as ear, nose, throat and eye irritation in the short term are known, frequent and extended exposure could result in more severe and even potentially deadly complications and diseases. These may include cancer, heart attacks and stunted physical and mental development.

“The health risks associated with particulate matter of less than 2.5 microns in diameter (PM2.5) are well known. These are capable of penetrating deep into lung passageways and entering the bloodstream leading to effects on the heart, brain and lungs,” Dr Helmy told Malay Mail.

Trying to lose weight but can't? 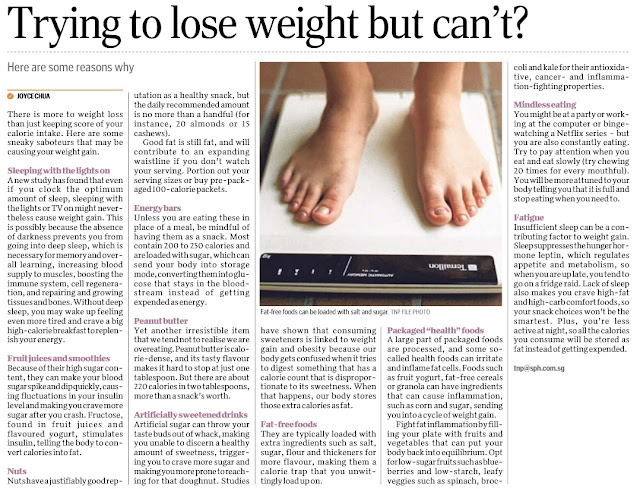 I wanted to be a perfect work-at-home mum. It (burnout) nearly killed me


Just like people suffering from job burnout, mothers and fathers can burn out too. New research on parental burnout confirms this.

A Belgium study, published in the journal Frontiers in Psychology in 2017, found that close to 13% of over 2,000 parents surveyed had “high burnout”, which meant that they experienced exhaustion, reduced efficiency and emotional detachment — symptoms that the World Health Organisation has identified as work burnout  at least once a week.

In another study published in Clinical Psychological Science last month, researchers found that parental burnout might have serious consequences for both parent and child, increasing the risk of parental neglect, harm and thoughts of escape.

Read more @ https://www.todayonline.com/commentary/i-wanted-be-perfect-work-home-mum-it-nearly-killed-me
You may want to read Suffering burnout at work? Understand why it happens and take steps to prevent it
No comments: