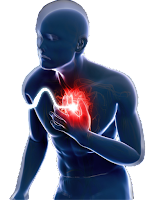 Heart palpitations, a type of cardiac arrhythmia, have been described as an electrical storm in your heart. Heart palpitations can range from mild and sporadic occurrences to life-threatening emergencies.

Magnesium and calcium play important roles in maintaining healthy nerve and muscle function, and imbalances or deficiencies of these nutrients can contribute to your risk for developing heart palpitations.

Magnesium and calcium work together, counterbalancing each other in some of their functions. Magnesium signals muscles to relax, while calcium prompts muscle contraction.

Severe calcium deficiency can lead to a variety of health effects, including abnormal heart rate, convulsions and dementia.  Excess calcium also occurs, particularly if you supplement heavily with calcium or use calcium supplements can lead to irregular contractions that you experience as a racing heart.

All nuts are good for you, but these 8 are the healthiest 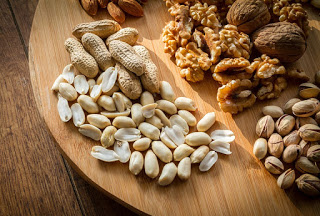 
Please go here to view and download Birds of America illustrations.
No comments:

Why Did This Man's Taste Buds Disappear? 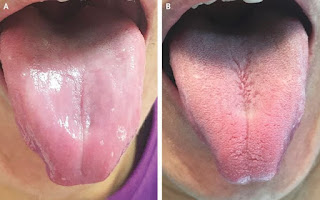 When a 64-year-old man stuck out his tongue for a physical exam, doctors could immediately tell something was off: Instead of a typical, textured tongue, his was smooth and shiny. It did not take long for them to recognize why: The man's taste buds were missing (A), a condition called atrophic glossitis, or inflammation of the tongue.

The man, who lives in Singapore, went to the doctor after he experienced pain and redness in his tongue along with a burning sensation around his lips, which had lasted six months, according to the report, published today (Oct. 16) in The New England Journal of Medicine.

But what had caused the atrophic glossitis? Blood tests revealed an important clue: The man's levels of vitamin B12 were very low. Shots of vitamin B12 brought the man's tongue back to normal (B).