Exceptional people: He went hungry as a teen. Now Stuff’d boss is feeding kids who cannot afford a meal


It was 1997, he was 16, and the Asian financial crisis was ravaging his parents’ business. “There was money and there was food,” Adrian Ang said. “And then suddenly, there wasn’t any.”

His only meal for the day: Two slices of bread which he got at breakfast, but always saved until midday for fear of running out of fuel too soon. On a lucky day, there would be kaya to go with it.

This bout of privation lasted for a year – but it had a lifelong impact on him.

In April 2019, he and a team of four staff members at Stuff’d – which serves Mexican-Turkish food – launched the Free Food For Kids campaign at their Northpoint City Yishun outlet. The initiative provides one free meal a day to children in need. It has since expanded to Jurong Point, Bugis and White Sands, feeding more than 140 children under the age of 14. 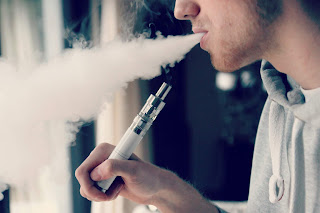 Researchers have made a breakthrough in determining exactly what could be behind the mystery vaping-related lung illness which has killed 39 people in the US.

Vitamin E acetate, an oil, was found in every lung fluid sample from afflicted patients tested by the Centres for Disease Control and Prevention (CDC).

“This is the first time that we have detected a potential chemical of concern in biologic samples from patients with these lung injuries,” the CDC said.

As of last week, there had been over 2,000 recorded cases of e-cigarette, or vaping, product-use associated injury (ECVPI) by the CDC.


A new study using sophisticated brain scans found an association between screen use and the development of young children’s brains, especially in areas related to language development, reinforcing the messages about minimising screen time for preschoolers.

Parents were asked about their children’s screen use, and the researchers used a composite score called a ScreenQ. A score of zero is best, 26, the highest, is worst.

After controlling for age, gender and income, the children with higher ScreenQ scores had lower measures of structural integrity and myelination, especially in tracts involved with language and literacy skills.

Benefits & side effects of cashew nuts 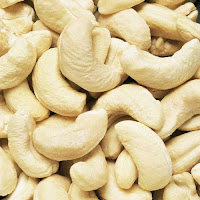 According to the US Department of Agriculture (USDA) National Nutrient DatabaseTrusted Source, 1 ounce of raw cashews (28.35 grams), about 16-18 nuts, contains:
Cashews also contain vitamins C and B, including 7 micrograms (mcg) of DFE folate.

Ref:
1) https://www.medicalnewstoday.com/articles/309369.php#nutrition
2) https://mishry.com/benefits-side-effects-of-cashew-nuts-kaju/
3) https://lilynicholsrdn.com/why-eating-nuts-upsets-your-stomach/
You may want to read How Cashews Almost Killed Me (and I Loved It)
No comments: