Three products have been found to contain undeclared potent ingredients, including a banned substance, prompting the Health Sciences Authority (HSA) to alert the public against consuming them.

Milan Latte and Choco Lose For Fitness have been found to contain sibutramine which was banned in 2010 due to an increased risk of heart attacks and strokes, said HSA in a release on Friday (Nov 29).

Another brand, Valentus Slimroast Optimum Dark Roast Coffee, was found to contain phenethylamine which has a stimulatory effect on the brain and can be addictive.
Advertisement

The substance can cause rapid heartbeat, psychiatric conditions such as hallucinations and agitation, liver and kidney failure, or even death. 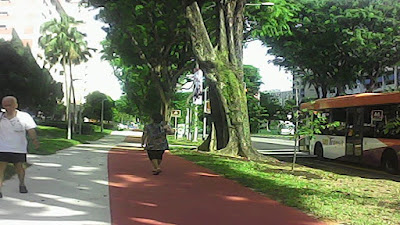 The recent ban on electric scooters along footpaths reveals a heavily skewed emphasis on the rights of pedestrians.

It is high time to also stress the responsibility of pedestrians to keep shared public paths safe for all.

This is crucial because, as pedestrians, we share paths with users of mobility vehicles. On numerous occasions, I have seen pedestrians with their heads down, engrossed in their mobile devices and oblivious to other shared-path users, such as cyclists and users of personal mobility aids. Worse, some were walking on bicycle tracks instead of footpaths.

In tandem with infrastructural upgrades, we must build a culture of safety by educating pedestrians.

The world is full of unknowns and uncertainties — like walking blind. If we wait till we have all the answers, we will be left behind. We each hold many questions and some, not all, of the answers. This is why we are one- rather than two -eyed.

One-eye is to take risks and modify the plan if something goes wrong.

Four-eyed makes your love ones becoming dependent, do not live a full life.