For assisting the police, Mr Khairil was given the Public Spiritedness Award by the Singapore Police Force on Monday.

Mr Khairil, who said that it was a “pleasant surprise” receiving the call about the award, said he hopes that Singaporeans will be ready to help or call the police when there is an emergency.

“It’s our duty as a member of the public … to look out for each other,” he said.

Commander of the Bedok Police Division and Deputy Assistant Commissioner of Police Julius Lim added that having “everyday citizens stepping up” makes a difference in “trying to restore safety and security on our own streets”.

Forum: Do we need more shopping malls and apartments?


I am flummoxed by the news of the upcoming mixed-use development One Holland Village in Holland Drive (One Holland Village homes to open for sale on Saturday, Nov 28). Do we need another shopping centre when so many existing shopping malls have morphed into ghost malls?

Take the pride of yesteryears - Centrepoint and Far East Plaza, to name two. Tenants are quitting, footfall is quickly vanishing and shops have transformed into art galleries to save the owner the embarrassment of vacant shops.

Shoppers swiftly migrate from old shopping centres like Raffles City to new boys like Funan mall, only for the new malls to be emptied after the initial euphoria.

And I was surprised to see the new PLQ Mall appear near Paya Lebar MRT station, where two big malls already exist.

Shopping malls are fighting a losing battle with the rise of online shopping, which offers a wider, more attractive and cheaper range of goods.

Do we need another block of apartments? The National Development Ministry in June said there were 24,000 vacant apartments, with another 44,000 units in the pipeline (Supply of private homes reined in amid fears of glut, June7).

Why does One Holland Village need 500 carpark spaces on basement levels when an MRT station is on its doorstep? Doesn't it run counter to the Government's car-lite initiative?

Slowly but surely, swathes of open green land and rustic charms are vanishing. The National Library Board surrendered its red-brick building to an underused road tunnel. The National Parks Board sacrificed the Kampong Java Park to the future North-South Corridor tunnel. My greatest fear is that the former Singapore Turf Club will suffer the same fate.

Singaporeans have been urged to be patriotic. Patriotism is also anchored to memories of buildings and places that people grew up with.

Instead of yet another shopping centre and apartment project, the land could have been used to build an integrated complex of Housing Board flats, a childcare centre, a polyclinic, an eldercare facility, a library, indoor sports facilities, a hawker centre and a park.

There are so many applicants queueing for HDB flats. Wouldn't it make sense to build more flats for young couples in Holland Village? The present hawker centre and wet market there are also inadequate.

I wish the Urban Redevelopment Authority and other relevant agencies would inject more soulful empathy into the planning of Singapore instead of basing decisions on hard figures.

'Distracted walking': Should it be made illegal? 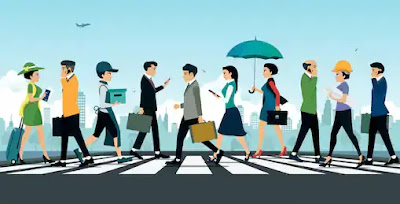 The traffic police has updated the Highway Code - a code of conduct for all road users - to include an advisory against this behaviour known as "distracted walking". Pedestrians should avoid using mobile communication devices while crossing the road, said the advisory.

The updated Highway Code, which took effect on Dec 1, comes after two Land Transport Authority (LTA) initiatives that encourage pedestrians to pay attention on the road.

But should this be more than an advisory?

In 2017, Honolulu became the first city in the US to fine pedestrians crossing a street or highway with their phones out. Following that, other American cities in Idaho and California also introduced laws against “distracted walking”.

Closer to Singapore, Baguio City in the Philippines also implemented laws against such behaviour in August this year. Offenders could face fines, community service, or even imprisonment if found guilty.