Cancer researchers are making progress toward a goal that has eluded them for more than 30 years: shrinking tumors by shutting off a protein called KRAS that drives growth in many cancer types. A new type of drug aimed at KRAS made tumors disappear in mice and shrank tumors in lung cancer patients, two companies report in papers published this week.

It’s not yet clear whether the drugs will extend patients’ lives, but the results are generating a wave of excitement. And one company, Amgen, reports an unexpected bonus: Its drug also appears to stimulate the immune system to attack tumors, suggesting it could be even more powerful if paired with widely available immunotherapy treatments. “This is a nice demonstration that [a combination of drugs] might actually work,” says KRAS researcher Channing Der of the University of North Carolina in Chapel Hill.

A second company, Mirati, also reported promising human results this week at a meeting and in a paper in Cancer Discovery. Its KRAS(G12C) inhibitor shrank tumors in three of six lung cancer patients, as well as in one of four colon cancer patients.

The lack of accreditation of embalmers and the widely differing embalming standards in Singapore should greatly concern the public (All is not well in embalming world, Dec 15).

It was reported that the National Environment Agency (NEA) had asked some funeral firms for updated information on their embalmers, such as their embalming qualifications and if they had undergone the basic infection control training.

NEA should also spell out the requirements needed to engage in embalming work.

A comprehensive piece of funeral legislation to safeguard the interests of the public, consumers and business owners should be considered.

The Government should also consider introducing a fund, similar to the Maritime Cluster Fund, to help grow Singapore's funeral industry by co-funding the cost of funeral companies' development of manpower, training initiatives and certification.

The responsibility to enhance practice, education and service regulations naturally falls on the shoulders of the Association of Funeral Directors Singapore and funeral directors.

The association has called on the public to exercise due diligence when choosing a funeral director, but this is difficult when there is not enough information to do so.

You may want to read Forum: Revamp area where funeral companies are located - updated with reply from NEA 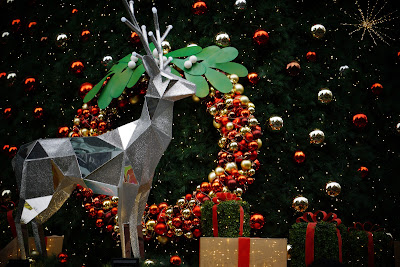